How to Watch Blue Bloods Season 13 Online from Anywhere 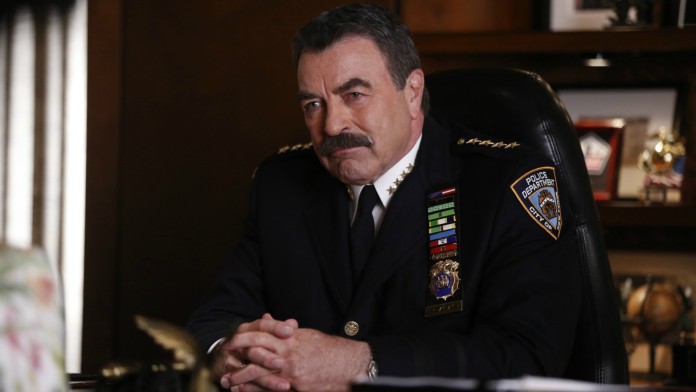 Your favorite procedural series is back with a new season that will premiere soon, and all the details on this matter are found below, including the premiere date, cast, plot, and episode release schedule. The best part is that you will be able to stream all the episodes online, even on the go or while traveling, so let's see when, where, and how to watch Blue Bloods Season 13 online from anywhere in the world.

The police procedural drama series created by Robin Green and Mitchell Burgess follows the Reagans - an Irish Catholic family of cops. Each member represents different aspects of police work and law, with their lives interweaving occasionally. In Episode 1, Eddie and Jamie deal with a domestic violence case associated with an investigation led by Danny and Baez, Frank and his friend go on a mission to avail themselves to an unfiltered look at the city, and Erin is presented with a surprising offer.

When and Where to Watch Blue Bloods Season 13

The thirteenth season of Blue Bloods premiered on Friday, October 7, 2022, on CBS at 10 pm ET. The exact number of episodes was not announced, but we expect it to have 20 episodes, just like its predecessor. We do know we will get one new episode per week every other Friday. The latest episode will also be available on-demand on the Paramount Plus streaming platform.

How to Watch Blue Bloods Season 13 Online from Anywhere

Nowadays, you can easily stream shows and movies online in your home country via one of the numerous streaming services out there that have your favorite content. These platforms are geo-restricted abroad or even in some other states due to licensing deals, and this means you may not be able to access your library while traveling. However, you will still be able to watch Blue Bloods Season 13 online with a VPN subscription, as a VPN can effortlessly change your IP address to one from back home and unblock your streaming services.

We recommend you go for ExpressVPN, a fast and reliable VPN that can easily unblock several streaming services such as Paramount Plus, Amazon Prime Video, Netflix, Hulu, and others via its over 3,000 VPN servers placed in almost 100 countries all over the world. This tool is extremely easy to use, even for less tech-savvy people, very secure, and compatible with a ton of devices. Moreover, the tool lets you try ExpressVPN for 30 days RISK-FREE, courtesy of its generous 30-day no-questions-asked money-back guarantee offered for customers who might find the tool does not suit them.

To get started with this risk-free subscription, you will need to create an account on the tool's website. We recommend you select the annual plan if you also want a big discount when you subscribe to ExpressVPN (49% discount & 3 months FREE). So fill in the requested information, see the payment through, then download and install the specific app for your device or system. Next, launch your VPN app and select a server from a region back home before switching it on. Finally, load the streaming platform of choice to watch Blue Bloods Season 13 online from anywhere.

Blue Bloods Season 13 airs on the CBS network, and this means you will also be able to live stream CBS online via a live TV and streaming platform in the US. Plus, you'll also get on-demand access to the show, so let's see what options are in front of you at the moment.

Paramount Plus is the official streamer for the CBS shows, where you will need to subscribe to the service by selecting the ad-free Premium tier for $9.99 a month or the ad-supported Essential plan for $4.99 per month. The best thing is that you will get to enjoy a 7-day free trial on Paramount Plus if you're new to the service.

If you're looking to bundle up and save some money, you have another great option that comes with a 7-day free trial as well, and that is the Paramount Plus and Showtime bundle. The subscription prices start from $11.99 per month with the ad-supported version and go up to $14.99 per month for the ad-free plan.

If you live in the US, you will also be able to watch the series by adding Paramount Plus on the Amazon Prime Video streaming service as a Prime Channel. You will get the commercial-free plan with a Paramount Plus 7-day free trial and a $9.99 per month fee after that. The Prime membership itself has a generous 30-day free trial for new customers and costs $14.99 per month.

The Hulu + Live TV offering has CBS in select markets. The service bundles the popular On-Demand service together with the Live TV one in a single plan that costs $69.99 a month. The best part is that you will also get Disney Plus and ESPN Plus for free, included in the price tag as a bundle deal at the moment.

With tons of sports networks also a fair amount of entertainment channels, fuboTV is the right live TV and streaming service for sports enthusiasts. You will find CBS in all its plans, and subscription prices start at $69.99 a month. There's also a 7-day free trial on fuboTV for new customers.

You will find CBS in the offering of the YouTube TV live TV and streaming platform, which has a single plan that costs $54.99 a month for the first three months and $64.99 per month thereafter with a 21-day free trial, and in all of the plans that DirecTV Stream has, where prices start at $69.99 per month and Showtime, Staz, Epix, and Cinemax are included for free for the first 3 months.

The CBS website will host a live stream of the show, and you will also be able to stream on-demand the next day on the CBS app by logging in with your account credentials or your TV provider credentials for no extra fee.

If you're traveling away from the US, keep in mind that you will need to subscribe to a powerful VPN in order to unblock these platforms since all the services mentioned above are geo-restricted. For this to work, select a server from a region back home and turn on the VPN.

How to Watch Blue Bloods Season 13 Online in the UK, Canada, and Australia

We expect Blue Bloods Season 13 to land on Paramount Plus since the streaming platform launched in the UK recently and was already available in Canada and Australia, but we have no official news regarding the premiere date here. The subscription price here is £6.99 / CA $5.99 / AU $8.99 per month, and you will get a 7-day free trial if you're new to the service.

Just like all the others of its kind, this service is geo-restricted. If you are not able to access it while traveling, a trustworthy VPN will help you unblock Paramount Plus if you use a server from an area back home before opening the streaming platform.