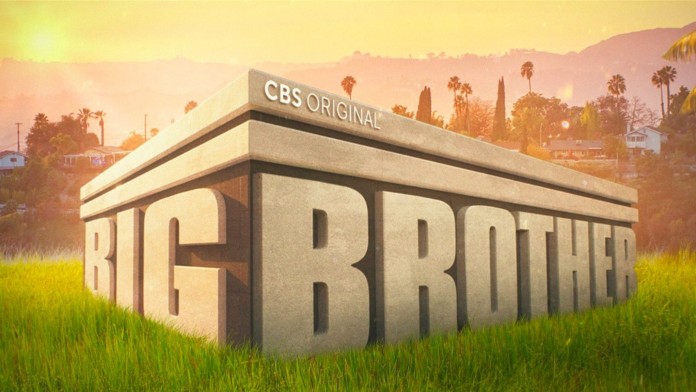 The upcoming twenty-fourth season of the American reality television program Big Brother will premiere soon, and you will be able to stream the episodes online quite easily, even on the go or while traveling. You will find all the details you may be looking for below, including the release date, cast, episodes release schedule, and the platforms that will let you stream the latest season. This being said, let's see when, where, and how to watch Big Brother Season 24 online from anywhere in the world.

The show's latest season will follow a group of contestants known as houseguests living in a house together while being constantly filmed and having no communication with the outside world as they compete to be the last competitor remaining to win a grand prize of $750,000. Even though the show has been present in the public eye for over two decades, there are still a lot of surprises and twists left in store for contestants and fans alike, with the network saying, "expect the unexpected this summer with a season full of new and unique twists and turns to challenge the houseguests."

As always, the show will be hosted by Julie Chen Moonves, who was part of Big Brother since 2000. On the series premiere day, 16 strangers will move in with only one goal in mind - to be the last one standing. All summer long they will compete for safety and power. Inside, 94 cameras and 194 microphones will capture their every move.

Big Brother 24 will kick off on Wednesday, July 6, 2022, and you will see the first episode air live on the CBS network at 8 pm ET. A 90-minute episode will open Season 24, and then on Thursdays at 9 pm ET and on Sundays and Wednesdays at 8 pm ET. The season is expected to run for 12 weeks (82 days), with the season finale scheduled on September 25, 2022.

How to Watch Big Brother 24 Online From Anywhere

While you're in your home country, you can easily stream content online as long as you subscribe to one of the myriad streaming services out there that host your favorite shows and movies. However, things change when you travel due to geo-restrictions stemming from licensing deals, so you may not be able to access your library abroad or even in some other states. The good news is this won't be an issue if you use a VPN subscription to watch Big Brother 24 online. We say this because a VPN changes your IP address to one from back home, thus lifting any geo-blockades.

If you're looking for an easy-to-use VPN that can instantly unblock several popular streaming services such as Paramount Plus, fuboTV, Netflix, and Hulu, we recommend you turn to ExpressVPN since it's one of the best tools on the market right now. This tool has fast and stable connections and strong encryption protocols to protect your data online and more than 3,000 servers in 160 VPN server locations in almost 100 countries all over the world. The best thing is you can try ExpressVPN for 30 days RISK-FREE since the tool has a 30-day money-back guarantee offered for customers who might find the tool does not suit them.

Besides the risk-free experience, you can also get your hands on a great deal if you select the annual plan when subscribing to ExpressVPN (49% discount & 3 months FREE) on the official website. To get started, you need to create an account, which only takes a couple of minutes to complete. Fill in your details, see the payment through, then download the app for your device or system. After the installation is complete, open the VPN app, select a server from back home where the streaming platform of choice is not geo-restricted, and turn on the tool before turning to the streaming service to watch Big Brother 24 online from anywhere.

How to Watch Big Brother 24 Online in the US

Since this is a CBS original, this means you can take advantage of the several live TV and streaming services that have the local channel in their offering to live stream CBS. This being said, let's see what your options are right now.

How to watch Big Brother 24 without cable:

The official streamer for this show is the Paramount Plus service, where you can live stream the Big Brother episodes with the no-ads Premium tier for $9.99 a month, or you can select the ad-supported Essential plan for $4.99 per month, and you will be able to watch on-demand as well. If you're new to the service, you also get a 7-day free trial on Paramount Plus.

You can also bundle up and save some money with the Paramount Plus and Showtime bundle, where the subscription fee prices start from $11.99 per month with the ad-supported version. You will get a 7-day free trial here as well.

You will also be able to add Paramount Plus as a Prime Channel on the Amazon Prime Video platform to watch Big Brother, where you will get the no-ads channel version for $9.99 per month and a Paramount Plus 7-day free trial. If you live in the US, the Prime membership costs $14.99 per month, and there's a generous 30-day free trial for new customers.

If you'd like more sports networks in your subscription, fuboTV is the right live TV and streaming service for you. It also has a fair amount of entertainment channels, and you will find CBS in all its plans. Subscription prices start at $69.99 a month and there's also a 7-day free trial on fuboTV that you can enjoy if you're new to the service.

You will find CBS in select markets in the Hulu + Live TV offering if you're looking to get the best of both worlds - the popular On-Demand service together with the Live TV one. It has a single plan that costs $69.99 a month, but what's really awesome is this subscription will get you Disney Plus and ESPN Plus for free as a bundle deal at the moment.

You will also be able to stream the event live on the CBS website and on-demand the next day on the CBS app by logging in with your account credentials or your TV provider credentials at no cost.

Traveling away from the US? All the services mentioned above are geo-restricted and block your access, so you will need to subscribe to a strong VPN in order to dodge the blockades while abroad. All you need to do is select a server from a region back home before accessing the streaming platform.

How to Watch Big Brother 24 Online in the UK, Canada, and Australia

If you live in Canada, the UK, or Australia, you may be able to stream Big Brother 24 online on Paramount Plus since the service is available in these countries. You will get a 7-day free trial if you're new to the service, and then you will be charged CAD $5.99 / AUD $8.99 / £6.99 per month for the subscription.

Keep in mind this streaming service is geo-restricted, and you may not be able to access it when you travel abroad. But this issue is not something a powerful VPN set to a server from a region back home cannot solve. Just turn it on before accessing the streaming platform.