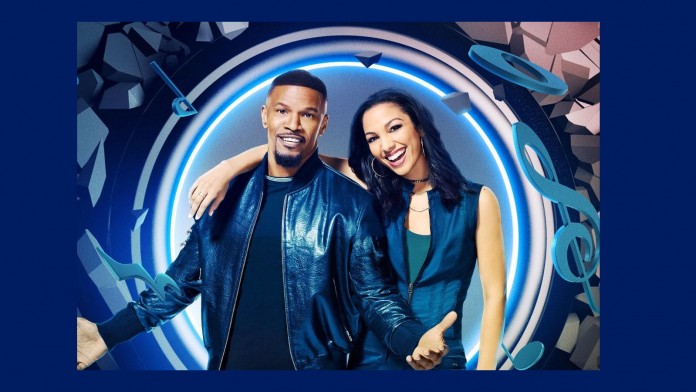 The game show that will have you on your feet is set to launch a new season pretty soon, and we have all the information you may need, including the release date. The best part is that you will be able to easily stream the show's episodes online, even while traveling, so let's see when, where, and how to watch Beat Shazam Season 5 online from anywhere in the world.

Beat Shazam is an interactive game show that pits teams of two against the clock and each other as they attempt to identify the biggest hit songs of all time. In the end, the team with the most money banked will go against Shazam, the popular song identification app, for the chance to win up to US $1 million. Episode 1 will see the first teams of the season compete.

The show is hosted by Jamie Foxx, who is joined by his daughter - actress, model, and writer Corinne Foxx - as the deejay. In each round, Foxx will present a choice of two music categories, ranging from '80s Favorites to Beyoncé Hits. Teams will hear a song and try to identify its correct title before all the other teams. As the rounds progress, quicker pairs will continue building their banks, while players with the lowest score will be eliminated until only one team remains. That team will play man-versus-machine and attempt to Beat Shazam.

Beat Shazam Season 5 premieres on Monday, May 23, 2022, on Fox, and you will be able to watch the first episode starting at 9 pm ET. This season is expected to have ten episodes, just like the previous season had.

If you want to watch content online, you can easily do that through a subscription with a live TV and streaming platform from your home country. However, you will need to use a VPN subscription to watch Beat Shazam Season 5 online from anywhere on top of the streaming service. This is required because these platforms are geo-restricted, and you may not be able to access them while traveling abroad or even to some other states due to licensing deals, and a VPN allows you to change your location and bypasses the blockade.

We recommend you go for ExpressVPN if you don't know what VPN to choose because this is one of the best tools on the market right now. Besides being extremely easy to use, it offers thousands of servers all over the world, great speed, and strong encryption to protect your data online. So if you want to unblock most of the streaming services, such as Netflix, Hulu, BBC iPlayer, and more, you can try ExpressVPN for 30 days RISK-FREE since there's a no-questions-asked money-back guarantee in place.

To take advantage of the refund guarantee and of a great deal, you should go ahead and subscribe to ExpressVPN (49% discount and 3 months FREE) on their website. The steps are pretty intuitive - fill in your details to create your account, pay, and install the app for your device or system. When Beat Shazam Season 5 new episodes air, select a server located back home and turn on the VPN, then open the streaming platform you are subscribed to and start watching.

How to Watch Beat Shazam Season 5 Online in the US

In the US, Beat Shazam Season 5 airs on the Fox network, and this means you can also watch Fox online through several live TV and streaming platforms such as Hulu + Live TV, fuboTV, Sling TV, and others.

How to watch Beat Shazam Season 5 without cable:

Sling TV is also a great option since Fox is featured in two of its three available packs, and their prices start at $35 per month with the Blue pack. There's a 50% discount for the first month at Sling TV right now and also several add-ons and extras to customize your subscription. We should mention Fox is available in select markets, so you should check the availability in your area before subscribing.

You can also check fuboTV, especially if you'd like more on sports networks in your subscription. It includes Fox in all of its plans, which start at $69.99 per month and have the same fee no matter whether you pick the monthly or quarterly variant. You also get a 7-day free trial on fuboTV.

You can watch Fox with the Hulu + Live TV service starting at $69.99 per month. Besides the famous On-Demand streaming library and several live TV channels, it also offers Disney Plus and ESPN Plus for free as a deal bundle right now, so you get content from Disney, Marvel, Star Wars, sports, and more.

YouTube TV offers a single pack that lets you watch live TV from more than 85 channels for $54.99 per month for the first three months, then $64.99 a month, and a 7-day free trial. The channel list includes Fox, and you also get NFL, NBA, and MLB networks and several attractive perks and customization options such as premium channels and add-ons for the money.

There's the Fox Now app that lets you stream full episodes of the show, so you can catch primetime FOX shows with a TV provider login - and you can even restart Live TV to watch from the beginning. If you can wait, episodes of Season 5 will become available on the Fox website soon after its premiere (returning FOX shows unlock eight days after airing). Besides signing in with your TV provider credentials, you can create an account and get 1-hour preview access.

We should mention all of the platforms mentioned above have geo-restrictions in place. You can still access these services if you're traveling as long as you use a capable VPN set to a server located at home at the same time as the streaming platform.

How to Watch Beat Shazam Season 5 Online in the UK

If you live in the UK, you will be able to watch Fox content through the Fox Now app that you can download from the App Store or Play Store if you sign in with your TV provider credentials, getting access to full episodes of Fox shows live and on-demand. The best thing is that you can even restart Live TV to watch from the beginning.

If you are traveling, note that the Fox app is geo-restricted in most countries, so you will need to use a trustworthy VPN to lift geo-blockades while traveling. Just select a server from back home when turning on the tool.

How to Watch Beat Shazam Season 5 Online in Canada

Canadian fans of the Beat Shazam show will be able to watch new episodes of Season 5 through the Citytv streaming service. The most recent episodes are easy to watch for free when they land, but you will need to log in using credentials from your cable TV provider if you decide to watch them later on or to watch previous seasons.

If you're traveling away from Canada, you may not be able to access the platform due to geo-restrictions, so we recommend you use a good VPN to lift the blockades and watch the show. You just need to select a server located somewhere back home and turn on the VPN before accessing the streaming service.

Can I Watch Beat Shazam Season 5 in Australia?

If you live in Australia, watching Fox's Beath Shazam show will be an issue. We have no information regarding where you could watch Season 5 when it premieres - it's not available on platforms like Amazon Prime, Foxtel Now, Stan, Binge, or Telstra TV, and no other service acquired the rights for it. Sorry, Australia!