How to Watch A Dangerous Affair Online From Anywhere 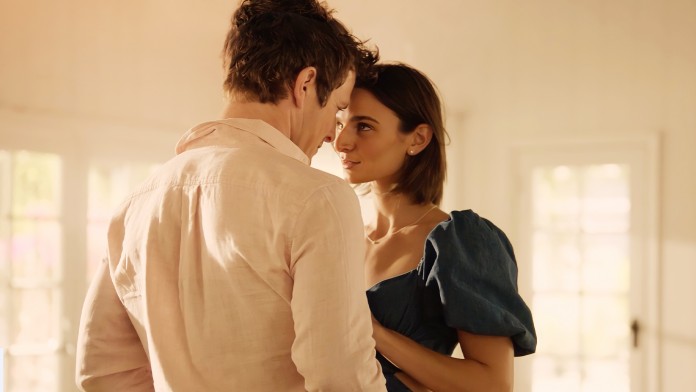 If you like to watch romance thrillers, we've got a great recommendation for you. This upcoming movie will keep you on your toes as a woman becomes a potential murder victim after she starts a steamy love affair with a handsome man. We have everything you need to know, so let's see where, when, and how to watch A Dangerous Affair online from anywhere.

The movie stars Aubree Bouché as Amelie and Charlie Bewley as Pierce, and they are joined by Karlee Eldridge, Tanya Christiansen, Jevon White, Gabriel 'G-Rod' Rodriguez, and Jessie Camacho, among others. It is written and directed by Christie Will Wolf.

A Dangerous Affair premieres on Lifetime on August 6, 2022.

How to Watch A Dangerous Affair Online From Anywhere

If you're in your home country and have a subscription to a live TV or streaming platform, you can easily watch your favorite films online. However, if you're traveling abroad, you'll face geo-restrictions because of licensing agreements. To bypass this problem, you can use a strong VPN to watch A Dangerous Affair online, as it will lift all blockades you may face and change your virtual location.

If you're wondering which VPN to choose, we have a recommendation for you. You can try ExpressVPN, as it can unblock most streaming services and has thousands of servers worldwide with fast and stable connections. It also protects your data and privacy online with best-in-class encryption protocols. Thanks to its no-questions-asked money-back guarantee, you can try ExpressVPN for 30 days RISK-FREE.

You can easily subscribe to ExpressVPN (49% discount and 3 Months FREE) on its website. This is when you can proceed to download the native app for your device or system and log in through a sign-in link sent to your email address or an activation code. Pick a server from your home country when you turn on the VPN, and you'll be able to watch A Dangerous Affair online from anywhere.

How to Watch A Dangerous Affair in the US Without Cable

If you want to watch A Dangerous Affair in the US, you can turn to Sling TV since it carries Lifetime on all 3 of its plans. The cheapest option is the Sling Orange or Sling Blue, for $35 per month. However, the service is currently offering 50% off your first month, so you should definitely check that out!

Another option is Hulu + Live TV because it offers 75+ live TV channels, including Lifetime. You can get a subscription to this service for $69.99 per month, which also includes access to Disney+ and ESPN+ as part of a special deal.

DirecTV Stream also offers Lifetime with its Entertainment, Choice, Ultimate, and Premier plans. The most economical among these is the Entertainment plan, which costs $59.99 monthly for the first 2 months, and then $69.99 per month after that. You can get this $30 off discount (over 2 months) for a limited time, and is applicable to new subscribers only.

If you're looking for an economical option, you can watch A Dangerous Affair on Philo because Lifetime is included in its channel lineup. A subscription to Philo will set you back by $25 monthly after a 7-day free trial. You can enjoy 60+ channels on this platform, along with unlimited DVR.

Additionally, you can turn to the Lifetime website to stream the film - just sign in with your TV provider credentials.

Most steamers are geo-blocked due to licensing agreements, so you can use a reliable VPN to watch A Dangerous Affair while traveling abroad. You can pick a US server, turn on the VPN and access the platform for easy streaming.

How to Watch A Dangerous Affair in the UK

Lifetime is available to watch in the UK on Sky and its NOW TV streaming platform. Its Cinema Membership costs £9.99 a month, and new subscribers get a 7-day free trial as well.

You can use a capable VPN to watch the series while traveling abroad. This tool will remove all geo-restrictions you may face; just pick a UK server when you turn on the VPN before accessing a streamer to watch A Dangerous Affair on the go.

How to Watch A Dangerous Affair in Canada

Canadians will be happy to know that STACK TV offers Lifetime, so they can watch the film by adding the StackTV channel on Amazon Prime Video. This will cost you CA $12.99 per month on top of the CA $9.99 per month for the Prime membership. You can also get a 30-day free trial for both services.

A strong VPN will remove geo-restrictions so you can watch A Dangerous Affair when you're traveling abroad. Just select a Canadian server when you turn on the VPN, and you're good to go.

How to Watch A Dangerous Affair in Australia

Unfortunately, we didn't find a streaming service that will carry A Dangerous Affair, so you may not be able to watch it online if you're in the country. Keep an eye out on your local providers in case it lands there later on.