The Wall Street Journal recently revealed that third-party developers “trusted’ by Google can get access to private Gmail data of users. The report detailed how app developers had permissions to view email messages, contact information, and timestamps. Google responded to the report with their own blog post detailing their privacy and security measures to prevent data breaches.

Director of Google Security Suzanne Frey revealed how non-Google apps are required to go through a multi-step process before getting access to private Gmail data. Third party developers need to submit a request to access emails or other Gmail data of users which is reviewed by an automated system as well as Google developers. 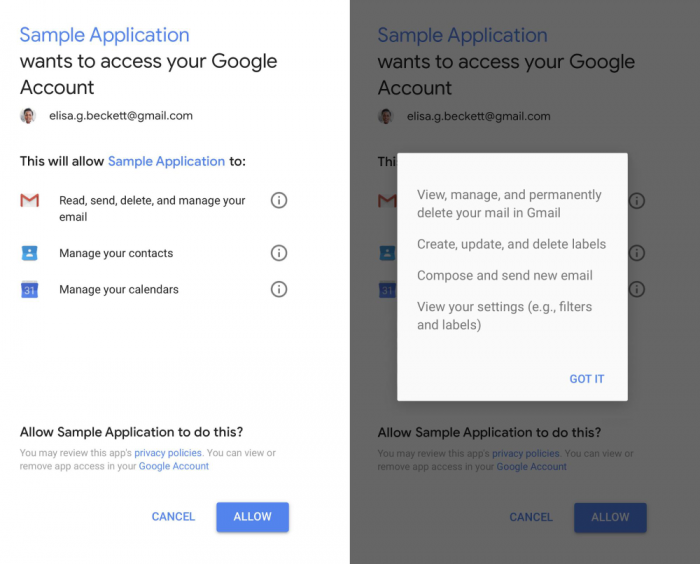 Wall Street Journal’s report did not reveal any incidents of data misuse, but with the recent Facebook and Cambridge Analytica scandal stirring up controversy, Google needs to be careful when handing out personal data. Google ensures the data requested by third parties is relevant to their function, else access to any personal data is denied. The tech giant confirmed that no third-parties are able to read private Gmail messages unless the owners of said messages explicitly give consent.

Frey revealed that Gmail continues to be a free service thanks to its paid corporate suite of apps known as “G Suite” meant for business owners. Google has stopped scanning emails for targeted advertisements for privacy reasons.

Do you trust Google with your personal information? Let us know in the comments below. Also, to get instant tech updates, Follow TechNadu’s Facebook page, and Twitter handle.