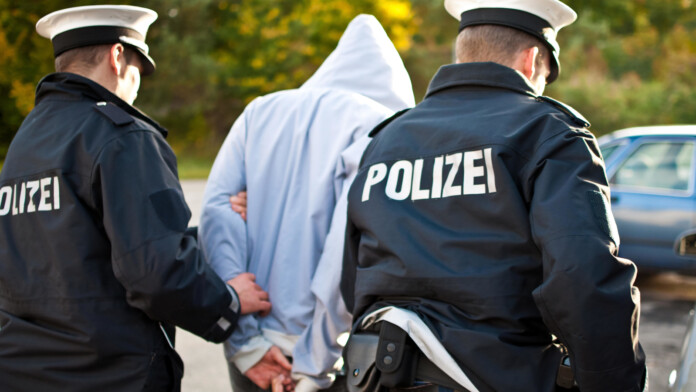 The German police have carried out a large-scale operation, conducting 232 raids in 16 states across Germany, Austria, and Poland. The agents were going for the operators of the illegal underground economy forum “crimenetwork.co.” In this context, they arrested 32 individuals and detained another 11. During the raids that involved 1,400 agents, the police found and confiscated various types of weapons, drugs, computers, and 50,000 euros ($56,300) in cash. Moreover, the law enforcement authorities have seized an undisclosed amount of cryptocurrency, and over 300 terabytes of data for further analysis. 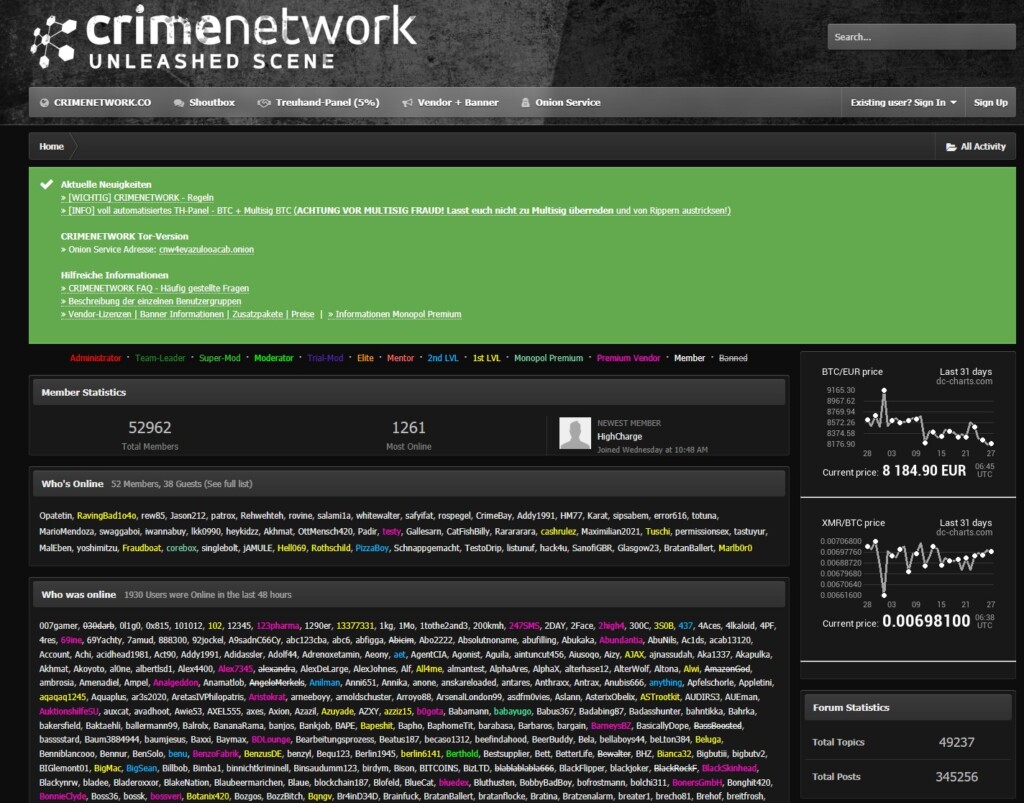 The cybercrime forum, which is also accessible on the clearnet, is still online, while site counter claims almost 53k members. These users’ details may be found in the 300 terabytes of the seized data, but for now, there’s nothing on that part. After the first round of analysis, the police reports the existence of botnets, hacking tools, malware, credit card information, and links to networks that push counterfeit bills. These are common in cyber-crime forums, as we’re talking about the very commodities that draw people onto these platforms in the first place.

The police say they were investigating the platform trying to track down the users since August 2019, and the investigation is ongoing. This investigation could relate to the “cyberbunker” crackdown operation that was also carried out by the German police. After the hosting provider was raided, the German State Central Cybercrime Office deployed a team of experts to run the infrastructure for a while and monitor who visits, who gets served, and what goes through. The investigators found all kinds of nasty things going on in the once “bulletproof” service, and some of the data they collected there may have helped them in the “crimenetwork.co” operation.

A 26-year-old person who is believed to be the administrator of the forum was arrested in May 2019. The website continued to operate after the event, as it relied on more than a single person. Seeing it online today signifies that there may be more than the 32 people arrested now, or maybe the police are keeping it up, trying to collect more data about the members. Whatever happens now, people who engaged in money laundering, data theft, drug trade, or violation of any laws through the particular platform must be feeling uneasy, with the police cyber forces looking into their online traces.