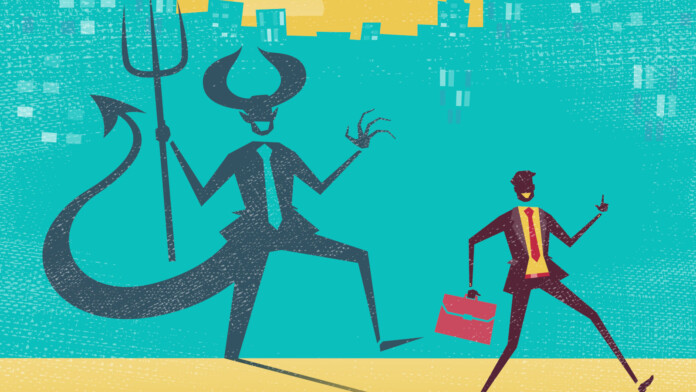 Adam Rogas, the former founder and CEO of “NS8”, has been charged with fraud by the Manhattan federal court. NS8 is fraud detection, prevention, and protection platform, so there’s a substantial dose of irony in the present story. As it is proven now, knowing a thing or two about how fraud works can come handy when deciding to step into the dark side. Also, realizing how easily “easy money” is made by crooks can be overwhelmingly enticing for those who witness it first-hand.

The indictment claims that based on information that comes from FBI investigations, Adam Rogas used fraudulent financial data to obtain over $123 million in financing for NS8, of which $17.5 million ended up directly in his pocket. As the Manhattan U.S. Attorney Audrey Strauss told reporters, “Adam Rogas was the proverbial fox guarding the henhouse”.

It may sound ironic, but the FBI confirmed the crime through multiple evidence, so there’s no doubt about what Rogas did. Of course, he will have the chance to defend the scheme allegations in the District of Nevada court.

NS8 has a clean reputation as a fraud-prevention firm, helping online vendors ensure that their transactions with customers are free from the associated risks. From January 2019 to February 2020, NS8 went through several fundraising rounds that were managed by Rogas directly. As it is reported, the man-altered the bank statements before handing them to NS8’s finance department, so the presented figures were different from the real ones.

To trick the investors, Rogas inflated the NS8 customer revenue and bank balances, presenting fictitious amounts, and creating a misleading picture of the company. Even the auditors responsible for reviewing the procedure where given falsified bank records, so Rogas thought he had taken care of everything.

On September 1, 2020, NS8 employees discovered the fraudulent nature of the whole thing after they managed to eventually obtain the company’s bank account balance. Rogas was confronted and responded calmly by telling them this discrepancy is due to an issue with the way phone banking works, and that he is on the phone with the bank to resolve the problem. He even agreed to meet the employees at a branch of the bank, purportedly to give them access to the account. However, he did not show up at that meeting, and on the same day, he resigned from NS8.

Now, the man faces the possibility of receiving an imprisonment sentence of up to 65 years, for a total of three counts of fraud. Of course, the actual sentence is to be decided by the judge, and it will most probably be something around 20-25 years in prison if the defendant is found guilty. Judging from the certainty emitted from the FBI’s statements, it will be very hard for Rogas to defend himself.