The EU Parliament Voted in Favor of a Common Device Charger 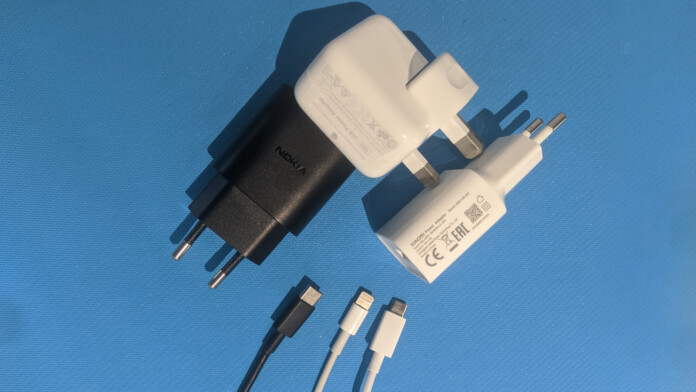 Members of the European Parliament have voted in favor of a charging standard that will be common among all electronic devices sold in the EU. They are now urging the European Commission to accept the new law, which passed with 582 votes for and only 40 against. As they stated, the consumers shouldn’t be obliged to buy a new charger every time they purchase a new device, and that voluntary agreements that took place in the industry have admittedly made the situation better, but the problem hasn’t been wholly resolved.

In the earlier days, each phone manufacturer used its own charger and charging standard. In 2009, the EU called Apple, Samsung, Nokia, and Huawei, and asked them to harmonize their charging standards by 2011. Everyone except Apple finally complied, and today we see virtually all smartphone manufacturers using the USB-C standard. Apple though is using its own proprietary charging standard called the “Lighting”. Having developed this in 2012, Apple clearly showed no willingness to comply with the EU’s request, totally ignoring the pleads made during the 2009 meeting.

Simply put, Apple was and is still making a lot of money from the Lighting standard, as they are selling overpriced chargers and cables to iPad, iPod, and iPhone users who need them. Moreover, every third-party manufacturer who wants to market a lighting cable or charger will have to pay a commission to Apple for the right to use the Lighting technology. Thus, when the first rumors about the EU planning to introduce a mandatory compliance law hit the news, Apple responding by saying that regulations of this type would “freeze innovation”, would affect the environment negatively, and would cause unnecessary disruption for the customers. As they said, there are over a billion Apple devices using the Lighting connector out there, so this law could potentially cause great disturbance for a large number of people.

The members of the EU Parliament disregarded these arguments, saying that having to buy new charges and cables is generating large amounts of electronic waste. Sure, rendering the Lighting standard obsolete will also create e-waste, but this will happen only once. Apple was given a decade to adopt the USB standard, and almost six years to move to the USB Type-C which is technically competent, if not even better than the Lighting standard nowadays. That said, the EU feels that Apple is not planning to ever adopt the standard, and thus introducing a law to make it mandatory is the only way to impose what they asked for in 2009.