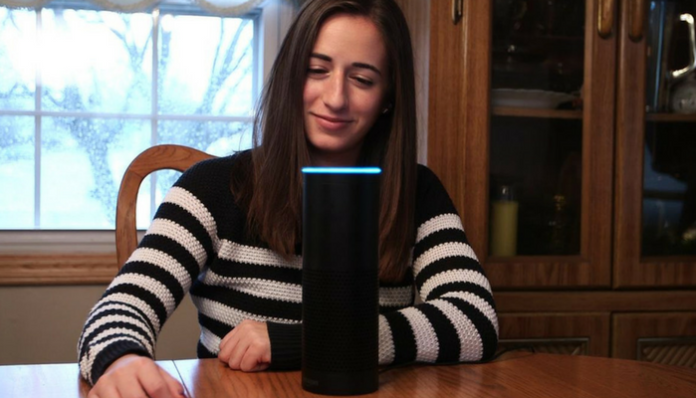 To generate the songs, DeepMusic uses “a collection of audio samples and a deep recurrent neural network,” as stated by Amazon on their official page. This means that the new skill has access to some sample audio snippets of individual notes from instruments which it puts together following certain music algorithms.

Apart from this, users who own the Echo show or the Echo Spot Speaker will also notice DeepMusic artwork displayed while it is playing certain songs. This artwork is also designed using AI.

Finally, it all boils down to how good are these AI generated music. Amazon has stated that there is “no post-production editing by a human.” So one has to wonder how far we have got with AI? As it turns out, based on user reviews, DeepMusic songs boast a distinctive robotic quality and a few mechanical quirks.

The songs do manage to abide by traditional music rules but at the same time appears somewhat unnatural and self-conscious. Specific notes tend to repeat in a mechanical fashion, and then there is the occasional intrusion of a stray out of tune note or chord.

But despite all these initial flaws, DeepMusic manages to generate relaxing music that also feels strangely similar to users who have been using this feature for a while. On top of that, having your virtual assistant play you an AI generated song is just a step towards the future we dreamt of as a child.