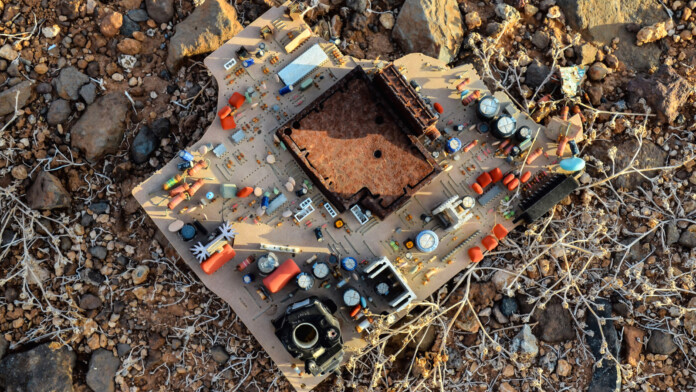 As reported by Motherboard, there’s a new open-source operating system that is currently under heavy development, and it looks like it will soon be ready for a very dire scenario. Its creator, Virgil Dupras, is a person who believes there’s a good chance that by 2030, the world will have collapsed. The software developer isn’t absolutely certain about this, but he believes that the chances of the scenario are high enough to justify the development of a post-apocalyptic operating system, called “Collapse OS”.

So, what would the ideal scavenger's operating system be like? The simple answer to this would be “one that can run on virtually anything”. If there is one system out there that can run on almost any hardware, this is the Debian GNU/Linux distribution. Collapse OS is taking things a lot further, being able to run on microcontrollers such as the ubiquitous Z80 microprocessor. Dupras considered what piece of hardware would be the easiest to find in a post-apocalyptic world, and Z80 came as the definitive answer. This 8-bit microprocessor is in cash registers, computers, music instruments, calculators, and virtually anything electronic.

The Z80 was introduced back in 1974 by Zilog, while it has been manufactured by LG, Hitachi, Toshiba, NEC, Sharp, and many more. Its clock speed can be as high as 50 Mhz, or as low as 2.5 Mhz, so the performance of Collapse OS will vary greatly. Already, Dupras has built a prototype machine to set out Collapse OS, and it’s Z80 kernel seems to be working very well. However, the developer wants Collapse OS to run on virtually anything, so he has already added support for Sega Master System, Sega MegaDrive (Genesis), while more are soon to come.

As for the input, Dupras wants to give scavengers the capacity to plug-in any made-up keyboard or other forms of improvised interface, so there’s support for PS/2, D-Pad, keyboard adapters, etc. A shell to fiddle with I/O is also there already. SD cards are supported, self-replication for easier sharing (if there’s enough RAM and storage) has been implemented, and the kernel is fully adaptable, written as loosely knit modules bound with “glue code”. The system is built from a GNU environment, with the only requirement being libz80. If you want to give Collapse OS a spin and get used to it before it’s too late, go ahead and grab it from the developer’s GitHub repository.

Do you believe that Collapse OS is likely to save humanity in the future, or is this something improbable? Let us know of your thoughts in the comments section down below, or on our socials on Facebook and Twitter.