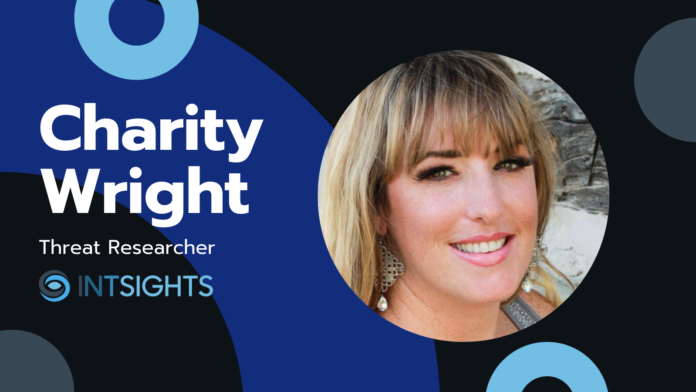 The Russian interference in the US elections is one of the biggest and most obvious manipulation operations in a long time, showing just how effective a well-prepared team can be when using tools used by billions of people - social media. For its part, China is also doing its own kind of misinformation campaigns, but they're mostly to save face.

Discussing the many ways that some governments in the world run manipulation campaigns online, Charity Wright, a current threat researcher with IntSights, and former NSA Chinese espionage expert, touches on some important issues. In an interview with TechNadu, Wright goes into more details, trying to help us better see the reality we live in.

TechNadu: We know Russia was quite active in its manipulation campaign around the 2016 US elections. Have they changed their tactics now that Facebook, Twitter, and other tech companies are more vigilant?

Charity Wright: Yes, they have. After Twitter and Facebook started shutting down their accounts, they pivoted over to Instagram and started using memes/images to send messages to the desired audience. These included politically charged and politically divisive memes and messages about sensitive topics such as presidential candidates, political parties, black lives matter, and taking a knee during the national anthem. What we have observed, not only from the IRA but also other Russian cyber threat groups, is that they are good at pivoting to new platforms and avenues in order to be effective.

TechNadu: While Russia meddles and tries to change election outcomes either to create chaos, push their agendas, or reduce a country's credibility - much like it has happened with the US-China has a different purpose. We can see what they're doing on Facebook, Twitter, Instagram, and others, but what do we know about their in-house tactics on social media?

TechNadu: The IntSights report talks a lot about Russia and China, but the US has been known for its own manipulation campaigns too. What are some of the most prominent campaigns we've seen recently?

TechNadu: Most governments around the world are trying to manipulate through social media and media channels, as well as official statements. What are some of the campaigns that have caught your eye in the past couple of years?

Charity Wright: The major factor that makes some of these campaigns successful is how authentic the posts seem. Audiences are more likely to believe a post that uses the same authentic language that they use, uses similar cultural norms and uses subtle cultural innuendos that only people in that location would understand.

TechNadu: Are state-funded hacker groups more dangerous than regular cybergangs across the world? What sets them all apart, and what makes them similar?

Charity Wright: State-sponsored threat groups are known to be especially dangerous because of the amount of resources that are provided to them. The more money the group has, the more power they have to develop new attack tactics. State-sponsored, military-grade operations are known to be extremely effective at targeted operations. Cybercriminal groups can be equally dangerous because their primary objective is financial gain.

When they pour all of their resources into creating an underground criminal business, they run efficiently and successfully. The more successful they are, the more dangerous they become. Same with state-sponsored APT’s. The more secrets they steal, and the better equipped they are to take their enemy out, the more effective they become.

Technadu: There are censorship efforts everywhere in the world, including the US. With governments imposing cybersec laws to help push their views, silence opposite ideas, and undermine encryption. Are VPNs a good solution to combat this? How about the dark web?

Charity Wright: Some governments have more power and control over their internet infrastructure than others. Those with full censorship capability and those that can freely monitor all encrypted traffic within their borders have more control over how people access the internet. VPNs are outlawed in certain countries, and those that wish to circumvent those laws are building their own infrastructure to do so. If they get caught, there are severe consequences. While VPNs and anonymizers may be a temporary solution, there is no guarantee that they will protect internet users from being monitored and censored by their respective governments.

We'd love to hear back from you so you can tell us what you think of what Charity Wright had to say, so please drop us a note in the comments section below the article. Share it with friends and family and follow TechNadu on Facebook and Twitter for more tech news, guides, reviews, and interviews.