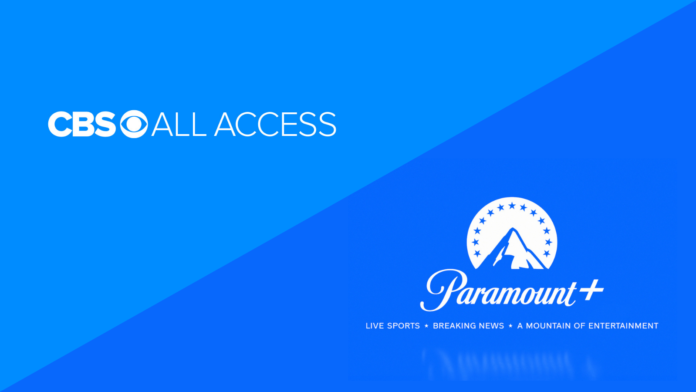 In early March, CBS All Access will fade off and turn into Paramount Plus, a new platform that will build off CBS All Access and offer subscribers more content, turning the service into a more competitive one against the likes of Netflix, Hulu, Disney Plus, and so on. So, let's see what we'll get extra on Paramount Plus.

As CBS All Access transforms into Paramount Plus, the biggest changes we expect are related to the content offered to subscribers. For the most part, this change is marketed as a way to get more variety in terms of content, coming from more networks than CBS.

Moreover, Paramount Plus is supposed to sound like it offers a lot more content, as opposed to CBS All Access, where you'll assume there's only CBS content. The Paramount name is connected to a lot more networks and to the Paramount Pictures brand, which is huge in its own right.

So? What changes and what stays following the transformation of CBS All Access into Paramount Plus? Let's find out!

CBS All Access vs. Paramount Plus - Price and Plans

Right now, ahead of the rebranding into Paramount Plus, they're offering a 50% OFF deal with the PARAMOUNTPLUS code for anyone who subscribes to CBS All Access for an entire year. So, you could get Paramount Plus for as little as $30 for a year for the ad-supported service and $50 for the ad-free service.

As far as we know right now, considering the change from CBS All Access to Paramount Plus is more a 'cosmetic' one, there will be no changes that affect the perks subscribers get.

That being said, six profiles are currently allowed per account, and there's no limit to how many devices can be connected to the service, but you do have a three simultaneous streams limit you need to keep in mind.

When it comes to content, we're going to have some major changes since this is the main reason why the platform's name is changing in the first place.

CBS All Access currently offers content from CBS, including shows and movies, a live stream for CBS, and lots of CBS All Access originals, like Star Trek: Discovery, The Good Fight, Star Trek: Picard, The Twilight Zone, The Stand, Why Women Kill, Tooning Out the News, and plenty others.

Paramount Plus will include content from CBS, all CBS All Access originals, about 30,000 new episodes from BET, Comedy Central, MTV, Nickelodeon, and Smithsonian Channel. Plus, they're bringing in hundreds of movies from Paramount Pictures, which is a name associated with lots of good movies, including franchises like Mission: Impossible, Terminator, Transformers, and many others. The platform will also feature live sports, shows, and news from local CBS stations, CBSN, CBS Sports HQ, and ET Live.

Paramount Plus will also bring more original shows, on top of the ones that CBS All Access has already ordered, including a "true crime" docuseries called The Real Criminal Minds, a new original series featuring SpongeBob, and the revival of BET's The Game.

CBS All Access vs. Paramount Plus - Is It Worth It?

Considering that (for now) there's no price change, and you can get a good deal on the yearly plan, Paramount Plus seems to be worth it. There will be a lot more content to watch, particularly those Paramount Pictures movies, as well as the many episodes coming from the networks under the ViacomCBS umbrella.