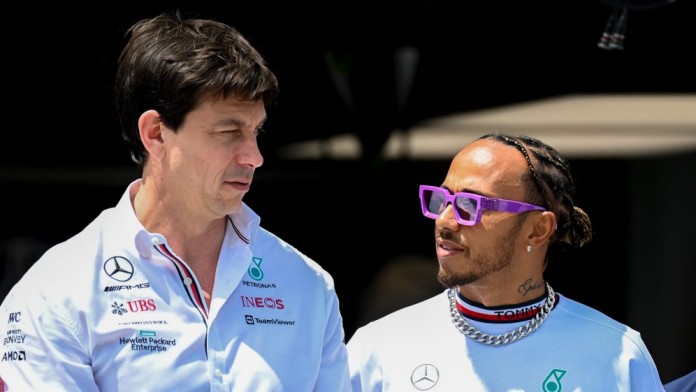 The 2022 Formula 1 season makes its next pitstop this weekend as the action heads to Northamptonshire, England, for the British Grand Prix. Established in 1926, the British GP has been held an impressive 76 times. It is the oldest race in the F1 World Championship calendar and is held at the famous Silverstone Circuit.

The 5.891-kilometer Silverstone Circuit hosted the inaugural Formula 1 World Championship round in 1950 and is considered one of the fastest tracks on the F1 calendar. It has great prestige and tradition, and drivers who come out on top usually steep their names in the F1 history. This weekend's British GP should be another enthralling one, and there is high anticipation ahead of the race. Several of the constructors are based in the UK, and it will be a home race for many teams and drivers eager to impress. Lewis Hamilton has won this race more times than any other driver, and with Mercedes enjoying an impressive resurgence, he will be aiming to deliver another strong race this weekend.

However, the defending champion Max Verstappen is the clear favorite heading into this race. The Dutchman has been in stunning form of late and heads into the British Grand Prix with a 46-point lead at the top. Second-placed Sergio Perez will be hoping to challenge his teammate as Red Bull Racing look to consolidate its position at the top of the Constructors standings. The last few weeks have been disastrous for Ferrari, with Charles Leclerc and Carlos Sainz slipping behind after a stunning start. However, all is not lost for Ferrari, and they will aim to bounce back this weekend.

George Russell has been in fine form and finished in the top 5 in every race this year. This will also be his home Grand Prix, so expect him to continue to impress. As always, there are plenty of storylines up and down the grid, so keep an eye on how Daniel Ricciardo, Fernando Alonso, and Sebastian Vettel fare this weekend.

The live coverage of this weekend's British Grand Prix will begin on Friday, July 1, 2022, when the first 2 practice sessions will take place. Free practice three is set for July 2 and will be followed by the Qualifying session, which will start at 8:00 ET. The main race is on Sunday, July 3, starting at 8:00 ET. Here we will give you all the information you need on where and how to watch the F1 British GP live anywhere in the world.

The British Grand Prix will be broadcast in all parts of the world, and fans living in select countries can get free access to the race. Those living in Austria and Luxembourg can tune in to ServusTV and RTL ZWEE respectively, to watch the race live for free.

These channels aren't available for fans in other countries due to geo-restrictions. But if you are traveling abroad, you can use a reliable VPN to bypass those restrictions and access the British Grand Prix on the go.

We recommend using ExpressVPN, which is one of the most reliable and highly-rated VPNs in the world. It works with most streaming services and also offers protection to user data. You can also take advantage of amazing offers, such as the no-questions-asked money-back guarantee. So go ahead and try ExpressVPN for 30 days RISK-FREE.

Want to subscribe to ExpressVPN (49% Discount + 3 Months FREE)? Just go over to its website, fill out all the details, pick out a plan, make the subscription payment, and download the app on your preferred device. Then select a VPN server from your home country, and turn on the streaming service that has the broadcasting rights for the race. Once that is done, you will be able to watch the 2022 British GP live without any restrictions.

Formula 1 fans in the United States can watch the British Grand Prix live on ESPN or ESPN Deportes. These two channels are available on cable TV. But if you want to watch the action on the go, we recommend using one of the below-mentioned streaming services. The race will start at 8:00 ET.

You can use fuboTV to watch the British Grand Prix live since it offers both ESPN and ESPN Deportes as part of its various packs. Not only that, you will find several other dedicated channels that have the broadcasting rights for live sports. Plus, new subscribers can also watch the race for free with the help of the 7-day free trial on fuboTV.

Alternatively, you can use Sling TV to watch the British GP live. ESPN and ESPN Deportes are both available on its Sling Orange and Sling Orange + Blue packs, so you will be able to watch all F1 races on this streaming service.

Last but not least is Hulu + Live TV, which offers both ESPN and ESPN Deportes to its subscribers. Moreover, you can get Hulu + Live TV, Disney Plus, and ESPN+ for a combined fee of just $69.99 per month, thanks to this amazing offer going on right now.

Not in the United States? Use a secure VPN to watch the F1 race live while on the go. Simply select a US-based virtual location, and you will be able to watch the 2022 British Grand Prix on one of the streaming platforms mentioned above.

2022 British Grand Prix Live Stream: How to Watch F1 in the UK

Formula 1 is one of the most popular sports in the UK, and millions will tune in to watch the British Grand Prix this weekend. The broadcasting rights for F1 in the UK are held by Sky Sports F1. You will get comprehensive and in-depth coverage before, during, and after the race, and fans can look forward to a 15:00 BST start.

You will need to use a fast VPN if you are traveling away from the UK but still want to watch the F1 action on Sky Sports. A VPN will give you a virtual location, making it possible for you to bypass the geo-restrictions.

How to Watch F1 British GP Live Stream 2022 in Canada

Canadian fans can tune in to RDS, TSN, or Noovo to watch this weekend's British Grand Prix live. Depending on the language you prefer, you can also watch the action on the go with the help of the TSN Direct or RDS Direct live streaming services. Fans in Canada will have to wake up early to watch the race as it will start at 8:00 ET/7:00 CT/5:00 PT.

You can watch the British Grand Prix even if you are not in Canada with the help of a working VPN. Most streaming services are geo-blocked in other countries, but if you follow the instructions mentioned above, you will be able to watch the Formula 1 race live this weekend easily.

How to Watch F1 British GP Live Stream 2022 in Australia

Fox Sports Channels and Network Ten will broadcast the British Grand Prix live in Australia. The race will also be available on the Kayo Sports streaming platform, and you can take advantage of the 14-day free trial if you are a new subscriber. The race will start at 22:00 AET for fans in Australia on Sunday, July 3.

If you are not in Australia, you can still watch the F1 race if you have a trustworthy VPN. You will need to bypass the geo-restrictions, and a VPN will help you do exactly that. Thus you can easily watch the British Grand Prix 2022 live on the go.