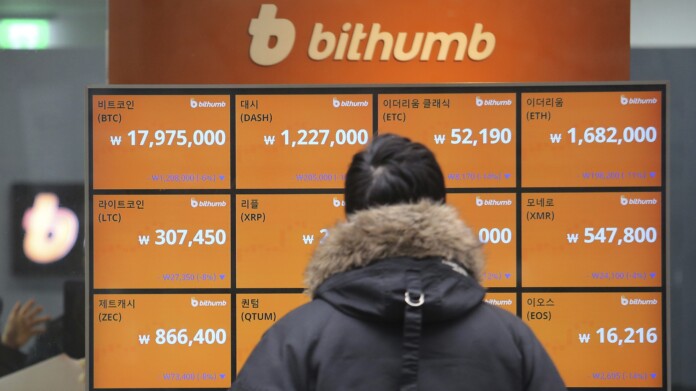 Bithumb, a cryptocurrency based in Seoul, announced this morning of a hack that stole more than $31 billion from its platform. Currently, Bithumb is the world’s sixth largest exchange by trade volume, which has halted all type of transactions on the platform—deposits and withdrawals.

Bithumb has announced that they are shifting their wallet system and its security protocols. The cessation is expected to last a few more days. Although Bithumb still hasn’t revealed which cryptocurrencies were affected by this hack, they assured that all the losses from the theft will be reimbursed from the reserves of the exchange. All this while, the funds have been transferred to a secure cold wallet.

The market and the entire cryptocurrency world were taken aback by the news. Within half an hour from the announcement, Bithumb’s prices and total market cap dropped down by 2 percent. Apparently, Bithumb wasn’t the only one to get affected by this market dip. The marketplace noticed Ether currency to make an equivalent drop around the same hour.

As per Cryptovest, the timing of this hack couldn’t be worse, as tensions between cryptocurrency and South Korean government were just getting on track. It hasn’t been long since the country was about to ban all the exchanges platforms. It created a huge thunder in the market when recently the country cleared both Bithumb and its biggest competition Upbeat after a finance investigation.

We learned that the bigger picture isn’t that bad and the loss of Bithumb isn’t a big hit for the company. For comparison, Bithumb has lost only a small fraction of its entire reserve. The calculation says that it is 10 percent of its daily trading volume, which can be easily recovered, especially after this huge publicity from this hack.

Well, it isn’t the first time South Korea exchanges faced a hack. It was the second consecutive hack in the past two weeks. The first one affected a much smaller exchange Coinrail which lost almost $40 million worth of cryptocurrencies. And, this wasn’t the first Bithumb hack either. This was the second time, in less than one year, the Bithumb is hacked. But, the last time the story was different when tens of millions of South Korean Won were lost due to an employee’s compromised computer.

It’s fascinating how thousands of cryptocurrencies store their funds in third-party custodial wallets, which have been proved vulnerable by a series of hacks in last few years. This breakout is a good reminder to all the cryptocurrency worldwide to keep their wallet in their own control. Because in these modern times, where hackers are advancing every day, nothing on the internet is 100 percent safe.

What do you think about these frequent hacks in the cryptocurrency market? Do let us know in the comment section. Get instant updates on TechNadu's Facebook page or Twitter handle.