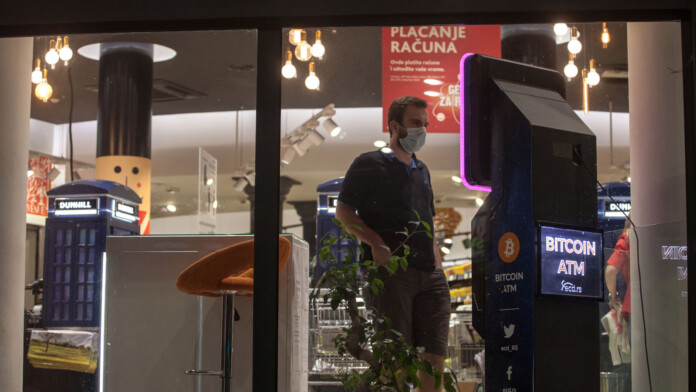 Kais Mohammad, 37, who was using the moniker “Superman29”, has heard his sentence in a California Federal Court, which ruled that the man is guilty of money laundering. He will now spend the next two years in prison, but the worst part for him is probably that he was forced to forfeit $1.25 million worth of Bitcoin (18.4) and Ethereum (222.5) cryptocurrency. This amount will be seized by the U.S. state, which will conduct periodical auctions to sell it off and exchange it for USD. In addition to this, the prosecutors also seized 17 ATMs and $23,000 in cash.

Mohammad was found to have exchanged $25 million in-person and through Bitcoin ATM kiosks for criminals, helping them launder stolen money and erase their tracks. The reason why Mohammad’s sentence is relatively lenient is that the man hasn’t had direct involvement in the crimes. Instead, he simply failed to maintain a robust and effective anti-money laundering program. The prosecution also accepted that the defendant was unaware of the illegal nature of the transactions.

This reminds us of the story of Brannen S. Mehaffey, who was indicted by the U.S. District Court of Arizona in December 2020 for running a Bitcoin ATM company named ‘BASH,’ which laundered an excess of $4 million helping crooks hide their stolen assets effectively. In that case, too, ATMs, cash, and cryptocurrency were to be forfeited by Mehaffey to the U.S. state.

Contrary to BASH though, Mohammad didn’t even bother to register a company or file transaction reports for the exchanges, maybe thinking that by operating stealthily he would avoid scrutiny from the authorities. The branding used from 2014 to 2019 was ‘Herocoin’, and the man personally processed cryptocurrency deposited into his ATMs, maintained the software, and supplied the machines with cash for customers to withdraw.

The lawyers supporting Mohammad realized that the outcome could have been a lot worse, all things considered, and actually thanked the court for recognizing all the mitigating factors they presented in front of the jury. The two years of imprisonment are significantly below the government’s recommendation, so Mohammad should be contented.