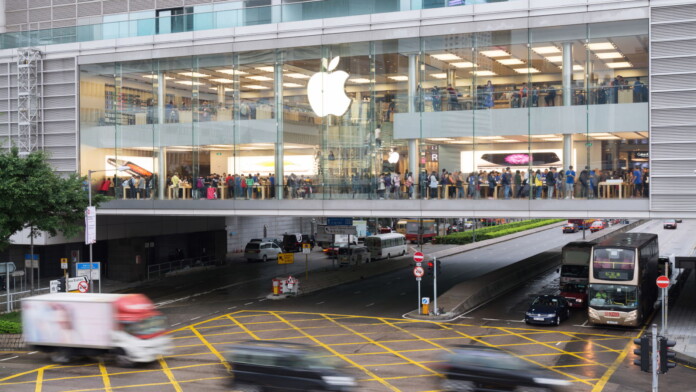 Apple has once again succumbed to the pressure of the Chinese government - which is known for its disrespect towards people’s free speech rights - and straight-out removed podcasts that expressed “controversial” opinions from its Chinese App Store. This is not the first time that Apple sacrifices its stance on the people’s freedom against its massive profits, as the American tech giant isn’t willing to risk its presence on the world’s largest market. In Q1 2020 alone, Apple made over $13 billion in China, which accounts for almost 15% of the company’s total revenues.

One of the podcasts that were sacrificed in the altar of earnings was “Pocket Casts,” which tweeted that they received a request from the Cyberspace Administration of China yesterday. This is the national regulatory entity that censors the internet in China, so it was clear that the channel’s content wasn’t resonating very well with the government officials. Pocket Casts declared that they’re not planning to censor their content and that podcasting should remain an open medium that’s free from government intervention and scrutiny. Apple took this brave statement as a confirmation that kicking them out of the Chinese App Store would be the only option they had now, so they ousted the app.

Pocket Casts has been removed from the Chinese App store by Apple, at the request of the Cyberspace Administration of China. We believe podcasting is and should remain an open medium, free of government censorship. As such we won't be censoring podcast content at their request.

Apple has removed VPN apps from the Chinese App Store, the apps of respected publications such as the New York Times, the Hkmap.live that was extensively used in Hong Kong protests, and various other apps that the Chinese state asked them to. When it comes to the Chinese market, the consumer electronics and services company is willing to abide by demands that stem from the worst aspects of oppressive regimes, hiding behind statements about being obliged to conform to local laws and regulations.

On parallel news, Apple is playing the card of social justice and racial equity, announcing a commitment to supporting their noble cause with a $100 million donation. While we can’t, and would never mock them for this venerable initiative, we would have preferred that they maintain some level of consistency on how they treat markets in different countries. If Apple wants to convince the world that they genuinely care about communities that have endured injustice, they should not make profit-based exceptions.