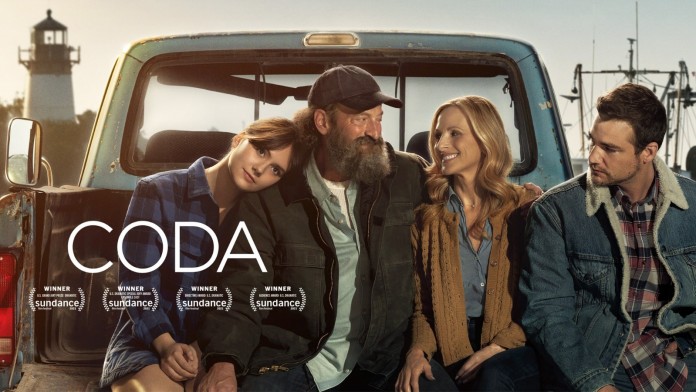 In a first, a streamer has bagged the coveted Best Picture Award in the history of the Academy Awards - and no, it's not Netflix! Apple's CODA won big at the 2022 Oscars, taking home the award for Best Picture, beating movies like The Power of the Dog, Dune, West Side Story, Don't Look Up, Belfast, among others. Distributed by Apple TV+, CODA won all three awards it was nominated for, including Best Supporting Actor (Troy Kotsur) and Best Adapted Screenplay (Siân Heder). This also marks the first time a deaf male actor, Kotsur, won an acting Oscar.

CODA, which stands for Child of Deaf Adults, is a story about a teenager Ruby (played by Emilia Jones), who is the only person in a deaf family who can hear. Caught up between acting as a translator for her parents and handling the family's fishing business, Ruby discovers her passion for singing. CODA is a remake of La Famille Belier, a 2014 French film, and premiered at the Sundance Film Festival last year, where it received critical acclaim. Apple bought the rights for $25 million, and the film came to Apple TV+ in August.

In a backstage interview, director Heder said this was a very big moment for the deaf community. "Marlee Matlin won an Oscar 35 years ago, and not that much has changed in Hollywood, so I want to thank the Academy for making that change. And I want to say to everyone in the Deaf community and everyone in the disability community that there’s a place for you here, your stories are important, and we need to make room. And this is one story, and let this one be the first of many, many films to come out of this beautiful community," she added.

On the way to the Oscars, CODA won other prestigious accolades such as the Darryl F. Zanuck Award for Outstanding Producer of Theatrical Motion Pictures at the PGA Awards (first film with a predominantly deaf cast to do so), Best Adapted Screenplay at the BAFTA Awards, and Best Ensemble at the SAG Awards. Apple CEO Tim Cook took to Twitter to congratulate the team behind the film for their historic win.

Also read: Apple TV Plus Comes to Comcast Devices in The US