Dr. Andy Yen, ProtonMail: Our Tools Are Restoring a Measure of Freedom to the Internet 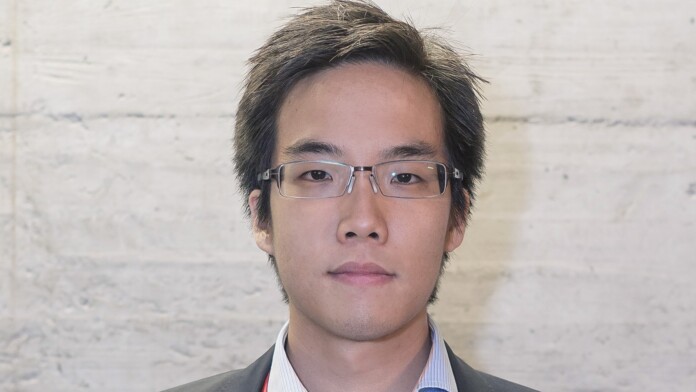 Dr. Andy Yen was a scientist at CERN, working on the ATLAS experiment, when Edward Snowden rocked the world with the NSA files. Along with colleagues from CERN, he decided it was time to focus on Internet security and the protection of online privacy rights, so he went on to co-found ProtonMail.

Several years later and a lot of hurdles, the company not only shares ProtonMail for free with the world, but they also created ProtonVPN for the same reason – to help everyone enjoy the Internet anonymously and to bypass the geoblocks set down by governments, thus protecting their privacy.

Dr. Yen agreed to answer a few questions for TechNadu about privacy, VPNs, encryption, and how the world has changed in the past few years.

TechNadu: Freedom of the press and of the Internet have been under threat for years and governments are putting more and more pressure in an effort to gain back control. How can you help re-establish some of the stolen freedom?

Dr. Andy Yen: The Internet was supposed to be a tool that would spread democracy worldwide, but in many cases, it’s been used to censor information and spy on citizens. We built ProtonMail and ProtonVPN specifically for this reason. We want to make the tools of Internet privacy and freedom easily and freely accessible to anyone. That means breaking down the barriers to using encryption. With ProtonMail, we’ve made it easy to send and receive encrypted email. These emails cannot be read by third parties, including us. ProtonVPN encrypts your entire Internet connection, which helps prevent surveillance and allows you to access censored content. The significant adoption of ProtonMail and ProtonVPN by journalists and activists has proven that these tools are restoring a measure of freedom to the Internet.

TechNadu: ProtonMail has been around for a while and has seen a few hurdles over the years, starting with blocked PayPal accounts during the crowdfunding period. How have things evolved over the years?

Dr. Andy Yen: In the span of four years, ProtonMail has become the largest encrypted email provider in the world, favored by New York Times reporters and Hollywood celebrities, such as Mark Ruffalo, and everyone in between. We’ve constantly worked on improving and growing ProtonMail and started expanding to new markets with the launch of ProtonVPN, our new VPN service. We are dedicated to building a set of tools designed from the ground up to protect users online. As a company that’s directly challenging the industry giants, we will have ups and downs. But ProtonMail is uniquely supported by a strong community, united in a common vision of online privacy, security and freedom, and they have helped us overcome many obstacles.

TechNadu: Have you seen a larger interest in privacy from people outside sensitive professions, like journalism and activism?

Dr. Andy Yen: Yes, we are seeing an increased interest in data security from all professional sectors as more people realize the high cost of data breaches. Incidents like the Equifax breach, the Democratic National Committee email leak, and the Cambridge Analytica scandal have brought data privacy and security into the spotlight. So while journalists and activists were among the first to adopt encryption, we’re now seeing doctors, lawyers, small- and medium-sized businesses, and even government agencies interested in data privacy. And in many cases new privacy regulations, such as the GDPR, are forcing organizations to switch to encryption. Digitization has created an acute need for secure systems.

TechNadu: ProtonMail is one of the services that launched around the time of the Snowden-NSA files. How do you feel the world has changed over the years since? – VPNs are important tools, but how can you raise awareness of the censorship issues particularly in areas that are most affected right now? How do you get people to turn to VPNs?

Dr. Andy Yen: The world is now more aware of surveillance powers and censorship, but we still have a long way to go from here. In totalitarian regimes, censorship techniques are becoming increasingly sophisticated from a technological standpoint and harder to bypass. This year actually, ProtonMail and ProtonVPN have been blocked in Turkey and China. Our team is constantly looking to find ways to make our services available.

However, because of the way the Internet works (mostly IP based), it is an uphill battle because censors can always block IPs faster than you can spin up new ones. I believe that the best way to spread awareness is for the tools to be free. That’s why ProtonVPN and ProtonMail are committed to maintaining free versions despite the cost, as this helps to get security tools into the hands of as many people as possible. These free plans, of course, must be subsidized by paid versions, and we’re appreciative of the thousands of people around the world who have upgraded to paid plans which allow us to support our free versions.

TechNadu: In a recent post on ProtonVPN’s blog, you discuss that countering censorship requires more than a free VPN – what else can you and your company do? What are your plans?

Dr. Andy Yen: Our main goal is to educate Internet users about issues such as online censorship, privacy breaches, international surveillance, and the importance of their online data. If people are informed about the increase in online censorship and state surveillance in their country, they can fight it. So while we, of course, are focused a lot on building technology, we are also investing more and more in raising awareness and we have some initiatives in this area that we plan to launch later this year.

TechNadu: VPNs provide freedom and privacy, but many people only use such tools to reach geoblocked streaming sites, for instance. Should all Internet traffic run through VPNs around the clock instead of occasionally? What’s the best policy here?

Dr. Andy Yen: I think the best policy really depends on each person’s individual browsing habits and usage. For example, if I lived in Russia, I would probably keep my VPN on all the time. I also always use it whenever I’m on a public WiFi network. That said, VPNs can cause a reduction in your Internet speed. So, for instance, if you are playing online games or streaming HD video, then you need to take in consideration that the Internet speed will be affected. The best policy is to be aware of your threat model and take action accordingly.

Do you use ProtonMail or ProtonVPN? Let us know in the comments section below, and please share the interview online so others can find it too. Check out TechNadu’s social media pages on Facebook and Twitter.