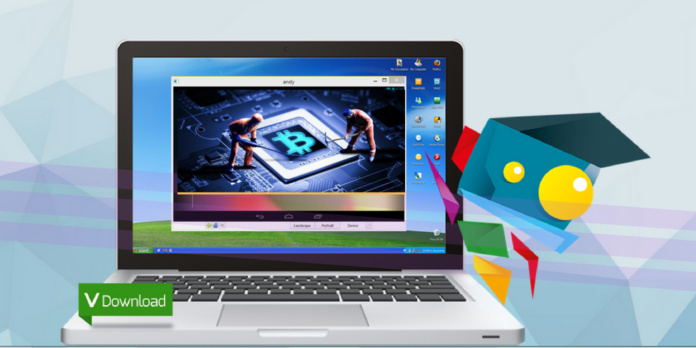 In recent years, Andy OS Android Emulator has gained a reputed name for itself as a reliable and stable software, but now there are new claims in the market that go against this image.

In one of the recent Reddit posts, a user (TopWire) claimed that Andy OS Emulator has installed a silent Bitcoin Miner in his system. As far as the resources are concerned, it uses the Graphics Processing Unit or GPU of your computer. The troublesome news for users is that if these claims are true, Andy OS Android Emulator is doing illegal mining as they are doing this without the consent of their users.

According to the report, the Bitcoin Miner gets installed as C:\Program Files (x86)\Updater\updater.exe and automatically launches itself upon the start of the emulator. The other concern of OP was that he was repetitively kicked out of Andy’s Facebook page when he tried to inform them about the issue, which he himself thought was ‘really fishy.’

But how does this Bitcoin Miner function?

Bitcoin mining is the verification of transactions that later gets added to the public ledger if found genuine. This is the very method through which bitcoins are released. According to Investopedia, anyone with sufficient hardware and internet bandwidth can legally mine bitcoins. The process comprises of different steps in which a recent transaction is compiled into blocks and then worked upon to solve them. Anyone who solves the puzzle gets the reward and gets the chance to place the next block. The mentioned puzzle has two elements – the transaction fee and the newly released bitcoin.

The software that has the capabilities of Bitcoin mining is called the Bitcoin miners. These miners have been around for a while and could be implemented in both websites and software, and use the host’s resources to illegally mine Bitcoins. Many developers are found taking advantage of mining, who usually couple these miners with their software and Andy is one among many which have done this.

Since Andy doesn’t take the consent from the users, and as it is for the personal benefit of a company, it is illegal. It usually depends on the individual miner if it is programmed to use resources or not. At times, it is so silent that users would not even know the drop in the performance.

While all this sounds legit, we should also consider the other side that Andy might not have a Bitcoin Miner in the first place. After all, all the evidence that is linked (check the YouTube video below) to this report is based on a Reddit post and its references. This resource consumption, which OP has reported, might very well be the Andy Android Emulator.

While Andy OS hasn’t responded regarding this claim, there are users who are still between the denials and claims. We have a solution if you are not sure what to do with you are already installed Andy OS. First, uninstall it with an uninstaller like Revo and then restart your system. Subsequently, go to C:\Program Files (x86) and delete ‘Andy OS’ and ‘Updater,’ if present. After that, run an anti-malware or CCleaner as an additional step.

It is a disappointment as a user to discover that such reputable companies are playing these gimmicks behind our backs and instead of addressing these concerns, they are outright denying it.

What do you think about this story? Do let us know in the comments. We would love to read it.