American Companies Do As the Chinese Communist Party Tells Them 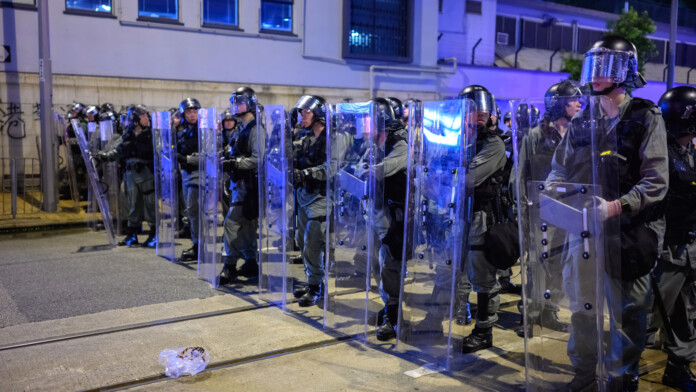 Apple and Blizzard, both highly successful and popular US tech and software companies have embarrassed themselves by putting money over ideals that are considered to be of utmost importance for Americans. What happened is that both had to deal with a set of unrelated controversies that stemmed from the ongoing social unrest in Hong Kong. Apple had to decide on the approval of an app in the iOS App Store which was helping Hong Kong protesters, and Blizzard had to deal with one Hearthstone pro player who expressed his support for Hong Kong protesters. Unfortunately, both have taken the side of the Chinese government, and this isn’t playing well with their fans or even their employees.

Starting with Apple, the app in question was “HKmap”, a crowd-sourced project that enabled the protesters to see the movement of police units in real-time. Apple initially approved the app and added it to the App Store, but then the Chinese state media came and criticized them for it. China Daily wrote that Apple allows rioters in Hong Kong to go on violent acts. Having all kinds of business interests to protect in China, Apple quickly removed the app claiming that it endangers law enforcement and residents in Hong Kong.

Although this has caused a backlash from pro-democracy advocates, it isn’t something that Apple hasn’t done before. Blizzard has experienced a much worse response from the public and their community for what they did. On October 6, Ng Wai Chung, a professional Hearthstone player (Blitzchung) and also a resident of Hong Kong, expressed his support to the Hong Kong protests during an interview after a tournament match. The following day, Blizzard banned Blitzchung from the running tournament, denied his winnings in prize money, and placed a one-year penalty on him. Even the stream casters who did the interview were banned as a result.

Being partially owned by the Chinese tech giant Tencent, and looking to establish a stronger presence in the Chinese gaming market, Blizzard didn’t want to take any chances. The criticism wave was quick to form, with Overwatch players and Blizzard employees riding it. American Senator Ron Wyden said: “Blizzard shows it is willing to humiliate itself to please the Chinese Communist Party. No American company should censor calls for freedom to make a quick buck”, while Senator Marco Rubio stated: “China using access to market as leverage to crush free speech globally”. Twitter has #Blizzardboycott trending, and Reddit is filled to the brim with relevant subreddits. The latest hit came from within, with 30 Blizzard employees leaving the building as a form of protest.

Do you find what Apple and Blizzard did justified, or are you going to boycott the two companies just for that? Let us know in the comments below, or discuss the above on our socials, on Facebook and Twitter.