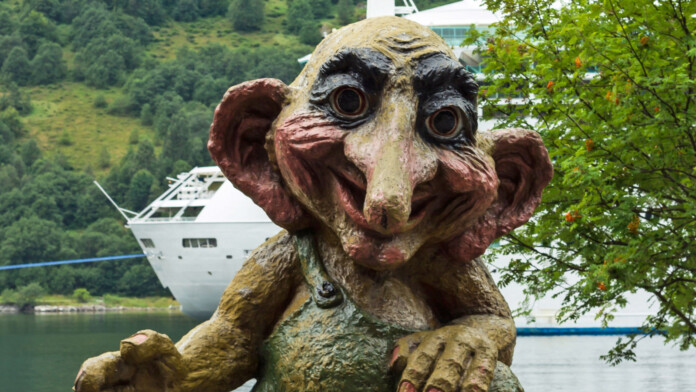 The Utah Federal court has ordered the filmmaker “Criminal Productions” to pay $4,420 to Darren Brinkley, who was previously targeted by them on the basis of copyright infringement and piracy. Allegedly, the Utah resident was a member of a bit-torrent swarm of 31 users who illegally shared a copy of the “Criminal” movie. The studio acquired a subpoena to identify the identity behind the recorded IP address and contacted Brinkley with a settlement request. However, the defendant denied having downloaded that movie and refused to pay anything to the filmmakers.

When Brinkley fought back, “Criminal Productions” retracted the case as they had little as proof against the defendant. This is a classic case of copyright trolling, with big companies delivering threats left and right and getting baseless compensations of $300 by people who are easily intimidated or don’t have enough money to fight them on the court. We have seen this happen most recently with the McManus vs. Malibu Media case, who fought a copyright troll for two full years in court. Brinkley decided to do the same, going after the filmmaker with a motion, asking them to pay the legal fees he had to cover to defend himself from the absurd claims Criminal Productions made against him.

The attorneys of the man asked the Utah court to consider the amount of $62,828.35, but Judge Nuffer granted only about 7% of it, which is $4,420. The reasoning for this somewhat disappointing stance was alleged that Criminal Productions offered Briskley to settle the case when the bill was $4,420, so any additional costs that he had to cover were a result of his own decision. Clearly, the court feels that Briskley was interested in making money out of this motion, rather than reaching a fair judgment.

Darren Brinkley and his attorneys may have been disappointed by the low amount that was awarded to them by Judge Nuffer. Still, the real win is that they have added another example that could deter copyright trolls from engaging in their abusive practices. Maybe film-making studios, producers, and distributors like Criminal Productions will think about it twice before they send the next wave of baseless threats to internet users. On the other side, paying an amount that is 15-20 times what these firms make from settlements could be seen as just a small hiccup along their way. In the end, copyright trolling is a form of business, and as long as court judgments keep that business profitable, it will not go away.