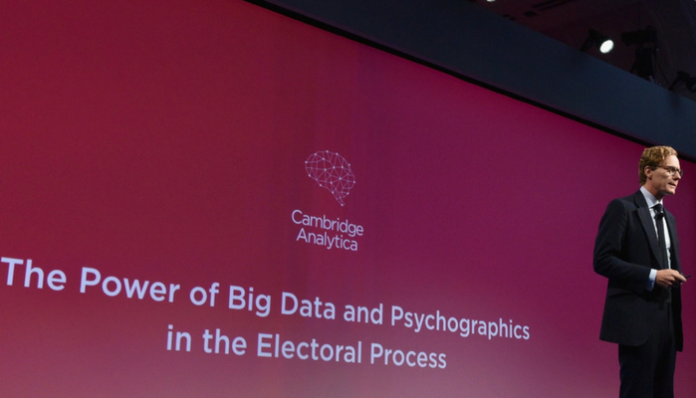 Channel 4 News has recently released a series of exposes regarding the work of Cambridge Analytica, the data analytics company which played a huge role in the electoral campaign of the current US President. The undercover reports led to the suspension of Alexander Nix, CEO of the company as he was recorded discussing notions of potential bribery and entrapment.

The report, which was released Tuesday showed Nix claiming how he met the current US President Donald Trump “many times,” and that their company was largely responsible for the Trump campaign’s activity. Nix was recorded saying, “We did all the research, all the data, all the analytics, all the targeting,[...]We ran all the digital campaign, the television campaign, and our data-informed all the strategy.”

Previous to this, a report was also released on Monday where undercover reporters got Nix to cough up that they send girls to candidate houses to obtain compromising materials. One of the reporters followed up the statement by asking, “... you're using the girls for this, like the seduction, they're not local girls? Not Sri Lankan girls?” Nix replied to the question saying, “No.[...]Just saying we could bring some Ukrainians in,[...] They are very beautiful. I find that works very well.”

However, Cambridge Analytica refuted the report that was aired on Monday and claimed it to be “edited and scripted.” Furthermore, the troubled data analytics company suspended Alexander Nix and also provided a statement saying that the suspension is immediate and “pending a full, independent investigation.” It further adds, “Mr. Nix's recent comments secretly recorded by Channel 4 and other allegations do not represent the values or operations of the firm and his suspension reflects the seriousness with which we view this violation.”