1 TB of Police Body Camera Footage Found on the DarkNet 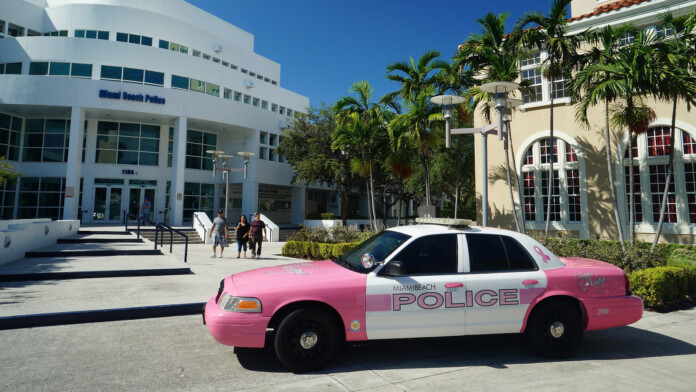 Police departments all around the United States are using body cameras to record video for safety reasons as well as to help clear legal disputes relevant to the cases where a policeman was present or acted against a citizen (misconduct). However, the associated matter of privacy is a concern that won’t fade out for the society, and this latest piece of news comes to remind us of the risks of having the police recording so many people daily. According to a report by Jasun Tate, the CEO of the “BlackAlchemy Solutions Group” security firm, there’s a terabyte of video footage that is currently circulating the various darknet channels, apparently belonging mainly to the Miami Police Department.

While most of the footage comes from Miami cops, there are also videos that belong to departments in other cities, and even police forces in other countries. The oldest footage dates back to 2018, while the newest is as fresh as today. The leaking databases are hosted by five different cloud storage service providers. From all this, it can be deduced that this must be a leak from a vendor who offers these services to the affected police departments, and the leaking servers are potentially live/service servers and not just backups. The leak could also be the result of a breach by hackers, with the data being sold to various darknet forums on a second phase.

What is more distrubing about 1 terrabyte of police body cam videos from 2018-present that we just found on the darknet is that @MiamiPD and the other cities DAs are going to have a long day when they finally realize the 5 IT service providers they use are no #Infosec aware. pic.twitter.com/G9Kn5aBunC

The Miami Police Department was notified of the incident but has decided not to issue any official statement before their internal investigation is concluded. The chances of having a cop, or a group of people from within the agency leaking this data intentionally, or selling the videos on the dark web are minimal. Nonetheless, police forces should have established much better control systems for this data, as we’re talking about large volumes of highly sensitive information. The absence of a rigid security frame that would prevent these leaks highlights the problem of police bodycam privacy once again.

How are the exposed people whose faces are clearly identifiable going to get relief for possibly losing their jobs, or witnessing rampant social racism and rejection on many levels? The answer would be that this is next to impossible, and when thinking about all the people who are innocent and were caught on video during a regular check by the police, this is a very damaging situation for thousands of individuals out there. This data can now be used mainly by extortionists, and these people should not be left alone to deal with this problem, but instead, be protected by the cybercrime departments of the same police agencies that are responsible for this mess.

Have something to say about the above? Feel free to share your thoughts in the comments down below, or discuss this topic with our online community, on our Facebook and Twitter pages.