NordVPN ‘Onion over VPN’ vs. ‘Double VPN’ Comparison – Which Specialty Server Should You Use? 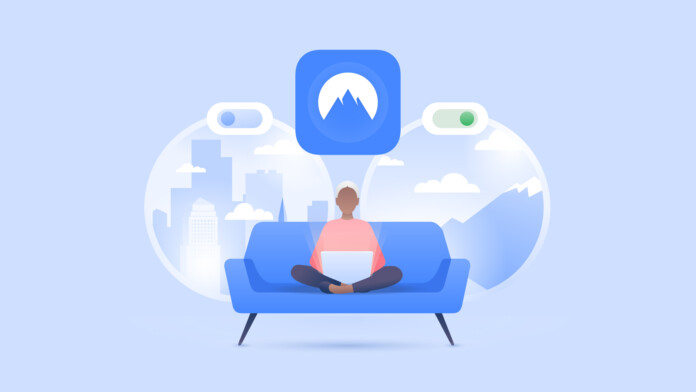 If you read our hands-on NordVPN review, you’ll see that this VPN offers a range of specialty servers. Unlike traditional VPN servers, NordVPN’s specialty servers are designed to route your Web data differently for the purpose of protecting your privacy. This leads us to the question of whether you should use NordVPN’s 'Onion over VPN' or 'Double VPN' servers?

Both of those are among the biggest selling points of NordVPN, and they have many practical uses. So, let’s first explain 'Onion over VPN' and 'Double VPN,' and then we’ll compare both types of VPN connections.

What Is 'Onion over VPN?' How Does It Work?

The Onion Router (Tor) is a special type of Web browser that anonymizes your data by encrypting it using a chain of servers. These are VPN servers run by volunteers across the world. As such, they are randomized each time, which makes it practically impossible for any tracker on the Web to see what you do online.

Keep in mind that the Tor network has three critical points (nodes). The first node is the entry point, which is when your data becomes encrypted. Then, your data travels through at least one additional node. And finally, it uses one last note as its exit point – before reaching the final destination on the Web.

And then, we have 'Onion over VPN' connections, which add a VPN tunnel on top of everything said above. That means that by using NordVPN’s 'Onion over VPN,' your data flows through a VPN tunnel while also traveling through a series of Tor nodes. In other words, even the entry node of the Tor network can’t see where you come from, maximizing your privacy.

If you’d like to learn more about 'Onion over VPN,' make sure to use the provided link. That’s where you’ll find an in-depth explanation of how this type of network works, as well as what are its benefits and downsides.

Who Should Use 'Onion over VPN?'

Now that you know the basics of 'Onion over VPN' connections, let’s take a closer look at who should use this NordVPN feature.

What Is 'Double VPN?' How Does It Work?

As its name says, 'Double VPN' connections employ two servers to re-route your Web data in a highly secure way. Therefore, instead of using a single VPN server in combination with the Tor network, you use two VPN servers along with their full systems for privacy protection.

More precisely, 'Double VPN' connections work by encrypting your data as its leaves your device. Once it reaches the first server, it gets encrypted once more (based on the default encryption specification, which is AES-256 in NordVPN’s case). Then, another server is used as an exit node, where your data gets decrypted before reaching its destination.

Overall, 'Double VPN' connections have a smaller number of nodes than the Tor network. That means that your data will travel faster while giving you the high level of protection you seek.

To learn more about 'Double VPN' connections, make sure to use the provided link. You’ll be taken to our in-depth guide that explains the benefits and downsides of 'Double VPN' servers while also listing the best VPN providers that offer this feature.

Who Should Use 'Double VPN?'

In general, you can resort to using 'Double VPN' servers if you need to take one extra step to obscure your identity, your location, and similar data, like in the following cases.

In The End - Should You Use NordVPN’s 'Onion over VPN' or 'Double VPN?'

Well, know that there’s no easy answer to that question as both of those types of specialty servers have their benefits and downsides. That’s precisely why NordVPN continues to offer them independently, giving you an option to choose what suits you.

With that said, let’s take a look at when you should use 'Onion over VPN' and 'Double VPN' servers, in simple terms and focusing on regular Internet users.

Also, since there are a couple of different ways to compare NordVPN’s 'Onion over VPN' vs. 'Double VPN' servers, we’ve decided to create the following table, listing their prominent features. Take a look just below.

Keep in mind that 'Double VPN' and 'Onion over VPN' specialty servers work only while using certain VPN protocols. That’s why you might see them disabled or missing from your local NordVPN app. So, here’s how to re-enable NordVPN's specialty servers.

That would be all for your NordVPN 'Onion over VPN' vs. 'Double VPN' comparison. In case of any questions, make sure to post them via the comments section below. And lastly, thank you for reading!