How to Set up a VPN on a Smart TV in 2021 – Best Methods & Workarounds Available Right Now! 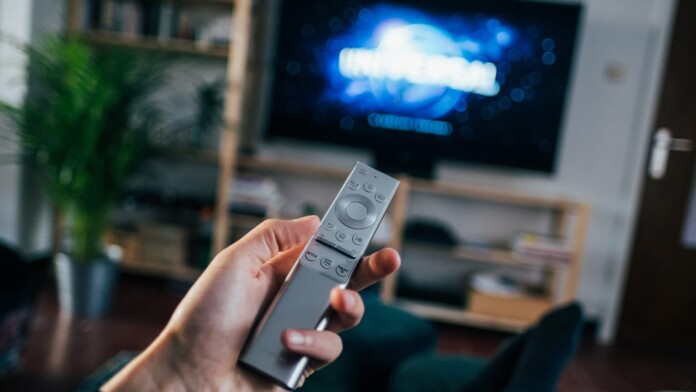 Even though smart TVs support running native applications, this typically doesn’t apply to VPN apps. So, if you want to learn how to set up a VPN on a smart TV, you’ll need to learn about various workarounds. And of course, we’re here to help!

At the moment, you have several options available. You can install a VPN on a router (and then connect your smart TV to your home Wi-Fi) or share a VPN connection from your computer. You can also use a dedicated media streaming device (that runs VPNs natively). And finally, there’s a workaround using which you can cast media from other devices.

To illustrate the process of setting up a VPN on a smart TV, we’ll be using a VPN that we’ve tested extensively, and which we believe will meet all your needs. We’re talking about ExpressVPN, one of the best VPNs available right now.

You’ll want to know how to set up a VPN on all your devices. After all, your VPN subscription plan supports simultaneous connections, so why not take advantage of that? With that said, check out the following VPN installation guides as well.

Here’s How to Set up a VPN on Smart TVs in 2021 – Covering 4 Different Methods & Workarounds!

Finally, we present to you the 4 best methods and workarounds to set up a VPN on smart TVs in 2021:

Method #1: Set Up a VPN on Smart TV By Installing a VPN on Your Router

Installing a VPN on a router isn’t the easiest process, but it’s by far the most effective one. Once you set everything up, you can continue using your smart TV without altering your usual workflow.

Installing a VPN directly on your smart TV is impossible in the majority of cases. However, you can still reap the benefits of using a VPN by connecting your smart TV to a router that’s already running a VPN service.

This is actually the best way of using a VPN, as you can protect your entire household at once. That way, you don’t have to deal with individual VPN clients on your computers or handheld devices, as you’re protected as long as your devices are connected to your home router.

This process starts by picking a VPN that supports a broad range of routers. Based on our tests, you won’t find a better option than ExpressVPN. This one comes with the OpenVPN protocol, making it perfectly suitable for routers. You get more than 3,000 servers, ultra-fast speeds, and ExpressVPN also unblocks a range of streaming services, including Netflix, Hulu, Disney Plus, HBO Max, BBC iPlayer, and more.

Then, your next step is to pick a VPN router. You can start by reading our guide on how to choose a VPN router based on your priorities, needs, and budget. And after that, it’s time for you to find some viable options. We’ve done the hard work of finding truly the best VPN routers.

Keep in mind that DD-WRT routers are often recommended for running a VPN service. So, learn more about DD-WRT and then check the best DD-WRT routers available now. If you’re on a tight budget, don’t worry – you can find pretty decent yet affordable DD-WRT routers.

Finally, once you get your VPN subscription and have a VPN-compatible router at hand, it’s time to combine these two. To learn all there is to know about this procedure, we offer your our recently updated guide on how to set up a VPN on a router – with a special emphasis on DD-WRT routers.

Method #2: Set Up a VPN on Smart TV By Sharing a VPN Connection From Your Computer

As mentioned above, you need to have a VPN installed on your computer before sharing your Internet connection. However, not just about any VPN will do the job, as you need a fast-performing one (especially when it comes to streaming).

Your best option right now would be ExpressVPN. And now, let’s see how to set up a VPN on smart TVs by sharing your Internet connection from another device.

Before moving further, you need to make sure that you have a VPN installed on your Windows PC. Also, you should be connected to your router wirelessly. So, here’s how to share your VPN connection with your smart TV.

Keep in mind that your Windows PC needs to be powered on for this method to work. Also, you need to be connected to your VPN in the background (on your computer). As long as you meet those requirements, your smart TV will use your VPN connection.

An important prerequisite here is to create an L2TP/IPSec VPN connection in macOS (which is done manually, via System Preferences). Once done, here’s how to share your VPN connection over Wi-Fi with your smart TV.

Don’t forget that your Mac needs to be turned on. And also, your VPN connection should be running in the background. This will allow you to keep the Internet alive for your smart TV while streaming movies and TV shows.

Method #3: Set Up a VPN on Smart TV By Using a Dedicated Media Streaming Device

This method requires you to buy an additional device – a dedicated media streamer. To review your options and find the best pick, we’ve done the hard work of finding and recommending truly the best options for running a VPN.

Those looking to set up a VPN on a smart TV have another highly exciting option. Using a dedicated media streaming device allows you to expand your smart TV’s functionality in a big way. And as a bonus, plenty of those devices support and run VPNs natively. So, let’s take a closer look at what that means.

A media streaming device is a dedicated device that sits next to your TV. You can think of it as a set-top box, except that it’s easier to use. These are typically small devices connected to your TV via an HDMI cable. There’s also another cable that powers this device.

Generally, there are two significant groups of media streaming hardware. First, we have Android-powered streamers, such as the Nvidia Shield TV (powered by Android TV). The same applies to Amazon’s Fire OS streamers (such as the Fire TV Stick Lite, Fire TV Stick, Fire TV Stick 4K, and Fire TV Cube). All of those devices run on a modified version of Android.

Since they come with a huge number of native VPN apps, installing VPNs on them is quite easy, similar to how you install an app on your smartphone. For additional information, make sure to read our guide on how to set up a VPN on Fire OS. And if you decide to get an Android TV device, here’s how to set up a VPN on Android.

Keep in mind that Apple TV devices are among truly the best media streaming devices out there. However, they don’t natively support VPNs. Still, you can use SmartDNS services and workarounds to set up a VPN on Apple TV devices. Click on the provided link to learn more.

Lastly, no matter which device you pick, you’ll need a reliable and capable VPN service. Without any doubt, your first pick should be ExpressVPN. To see other options, here are the best VPNs for Android, Amazon’s FireOS, and Apple TV media streamers.

Method #4: Set Up a VPN on Smart TV By Casting Media From Other Devices

The following method will explain how to use your smartphone or tablet as your VPN hub and then cast your media to your large-screen TV. Aside from getting a VPN subscription, no other expenses are required.

Casting media to your TV means sending video and audio from your smartphone or tablet to your large-screen TV. Let’s illustrate this by giving you an example.

If you’re a Netflix subscriber, you can install its official app on your smartphone. Then, you use your smartphone to access Netflix and find something interesting to watch. As soon as you hit the “Play” button, you’ll see an option on your screen to send that video file to your TV.

So, instead of watching movies or TV shows on your smartphone, you can watch them on your TV. Keep in mind that everything required for this operation happens on your phone, and you need to have the Netflix app open while casting. In other words, you’ll be using your TV to display the chosen video only.

In addition, mixing the previously mentioned casting protocols is possible up to some point. For example, the Netflix app on iOS supports both Google’s and Apple’s casting protocols. So, if you have an iPhone and a TV with Chromecast (without AirPlay present), this combination will work.

So, you might be wondering how do VPNs fit into this picture? Well, you can install a VPN on your smartphone. Connect to a specific server to unlock any media streaming service you want to use. Then, proceed like you usually would – open the media streaming app and start playing a movie or TV show on your phone. However, don’t forget that the final step is to cast your video on your TV.

Finally, all there’s left is to provide you with some helpful articles where you can learn more about VPNs. We highly recommend using ExpressVPN, as this one supports an unbelievably large number of media streaming services.

Can You Set up a VPN on Samsung TVs?

Samsung TVs run on Tizen OS – using which you can install individual apps. However, Tizen OS doesn’t work with VPNs. That means that you can’t install a VPN directly on your Samsung TV. Instead, try installing a VPN on a router, using a dedicated media streamer, or cast media from your smartphone.

Can You Set up a VPN on LG Smart TVs?

LG smart TVs run on WebOS, which is still limited in terms of running native apps. Therefore, it’s not surprising to know that LG TVs don’t support running VPN apps. You’ll need to use a workaround, as explained in this article.

While VPNs encrypt your incoming and outgoing Web data, ‘Smart DNS’ services are designed only to unblock specific websites of apps. This makes them suitable for media streaming (in limited cases). However, the best way to preserve your privacy while unblocking even the toughest streaming platforms is using a VPN (our recommendation is ExpressVPN).

What’s the Simplest Method to Get a VPN on a Smart TV?

Perhaps the simplest method to get a VPN on a smart TV is by using a dedicated media streaming device. However, if you’re looking to avoid an additional purchase, sharing a VPN from your computer should do the trick equally well.

Are There Any Free VPNs for a Smart TV?

No, there’s no such thing as a free VPN for smart TVs. Even when it comes to other devices, you should be very careful about using VPNs – as they typically end up exploiting your privacy and leaking your personal information online. Make sure to use a proven VPN, such as ExpressVPN.

So, this would be the end of our guide on how to set up a VPN on a smart TV. In case of any questions or doubts, make sure to let us know by posting a comment below. We’ll do our best to respond promptly. And of course, enjoy using VPNs and streaming media!