How Does a VPN Router Work? 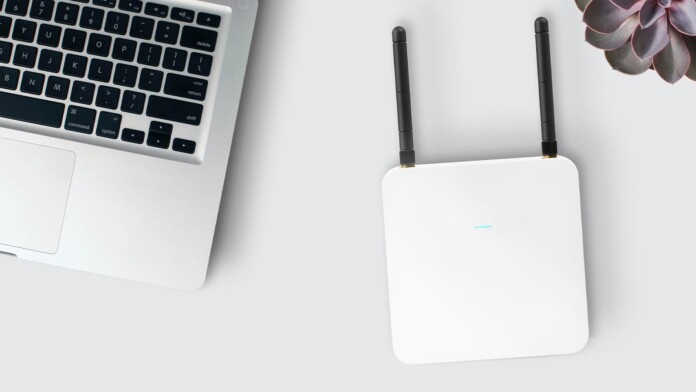 Despite their popularity, there are still plenty of misconceptions about VPNs. If we add special types of routers to that equation, we have a very convoluted situation, which doesn’t really have to be all that complex. With that said, if you’ve been wondering how does a VPN router work, know that you’ve come to the right place. Here’s all you’ll want to know!

What Is a VPN Router in the First Place?

VPN routers are more powerful hardware units (in comparison to standard routers) capable of connecting to VPN servers and protecting all your Web data.

When it comes to standard routers (here’s our list of the best routers available, by the way), they’re in charge of connecting your devices to the Web. Some of them might come with more advanced options, such as parental controls, for example. However, none of those standard routers can be used with VPNs, which require extra processing power.

Now, here’s where VPN routers come into play. If you want to connect your router to a VPN server, you need a device capable enough to make that happen. As you can see in our guide to the best VPN routers, those devices come with powerful CPUs, dedicated memory modules, and powerful internal components. The result of that is the ability to transmit encrypted data between your devices and Web servers, rerouted using a specific VPN server.

In simpler terms, VPN routers do everything that standard routers already do – but they also go beyond that by securing your Web data. That’s the reason why VPN routers usually cost more than typical home routers.

How Do VPN-Compatible Routers Work?

VPN routers work by transmitting ALL your Web data (incoming and outgoing) through a VPN tunnel. This applies to data of any device connected to that router.

To help you understand this situation clearly, let’s first explain how typical VPNs work. In case you didn’t know, those are software-based solutions. In other words, you install a VPN on your device and then use its interface to connect to a VPN server. So, if you run a VPN on a computer, only your computer’s incoming and outgoing Web data will be protected.

Of course, you’re also free to install a VPN on an iPhone or Android device or even on a media streaming device. As you can see by now, your VPN will work on a per-device basis. That means you’ll need to connect to your VPN on each device manually.

Once you decide to use a VPN router, the “flow” of your Web data changes. Since you’ll install your VPN on a router, data encryption no longer happens on a per-device basis. Instead, as long as your VPN is active on your router, any device connected to that router will be protected.

When Should You Use a VPN Router?

You should install a VPN on a router if you want fully automated VPN protection for your entire household and in a couple more cases, as explained just below.

Is It Too Difficult to Install a VPN on a Router?

Installing a VPN on a router can be complicated, but only in some instances. If you choose wisely, this procedure could take only a couple of minutes of your time.

To learn more about how that procedure looks, read our guide on installing a VPN on a router. That’s where you’ll get to know about DD-WRT, which comes as the most affordable method to set up a VPN on hardware units that support that kind of connection. Still, even though DD-WRT presents an affordable way to dive into the world of VPN routers, it’s not the easiest one.

If you want the most straightforward method, you should go for ExpressVPN, a VPN with a custom firmware solution made for many routers. To learn more, here’s how to set up ExpressVPN on Netduma, DrayTek, DD-WRT, Sabai, Tomato, Xiaomi, Huawei, TP-Link, D-Link, Google WiFi, Asus, Linksys, and Netgear routers.

Are There Any Tips on Using a VPN Router?

Yes, we have several tips on using a VPN router, which will help you avoid technical issues and make using any VPN as simple as possible. Take a look below.

That would be all for this short guide on how does a VPN router work. We hope that we’ve answered all your questions – but if that’s not the case, let us know by using the comments section below. And lastly, thank you for reading!