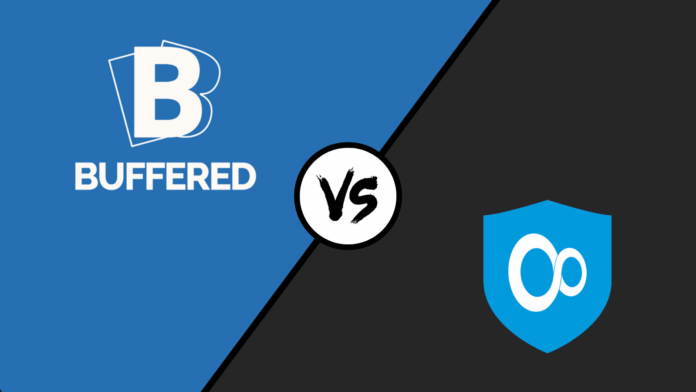 Even though Buffered VPN and VPN Unlimited might seem close to identical on the outside, numerous subtleties are what makes a difference. However, the only way to decide which of these VPN services fits your needs in the best way possible is by diving deep into their capabilities. That is exactly what we’ll be doing in this article – so, welcome to our Buffered VPN vs VPN Unlimited comparison.

First, we-have Buffered VPN, which is operated from Hungary but registered in Gibraltar. For privacy purposes, it’s the EU and Hungarian privacy laws that matter. Our other product under review is VPN Unlimited by KeepSolid. They’re based in the USA and are relatively new on the market. As you’re about to see, it can be very hard to differentiate these two, which is why we’ll check various aspects and details of these VPN services. By the end of this article, you’ll have a clear idea of which one is more aligned with your needs.

Before we go deeper, let’s take a look at the most important aspects of each of these two VPN providers. Here’s a handy table that directly compares the most prominent features of Buffered VPN against VPN Unlimited.

As you can see, these VPNs are comparable on most fronts. However, you’ll see where their biggest differences are if you take a look at scores from our reviews of these products. So, let’s look at the relative strengths and weaknesses of each VPN here.

Still wondering which of these two is the better choice for you? OK, let’s get our hands dirty and let’s dive deep into our Buffered VPN vs VPN Unlimited comparison.

To truly get to know these services, we are going to dissect them. Just like in our VPN reviews, we’ll take a look at different aspects that make up a good VPN – so let’s see how Buffered VPN and VPN Unlimited are doing their job. 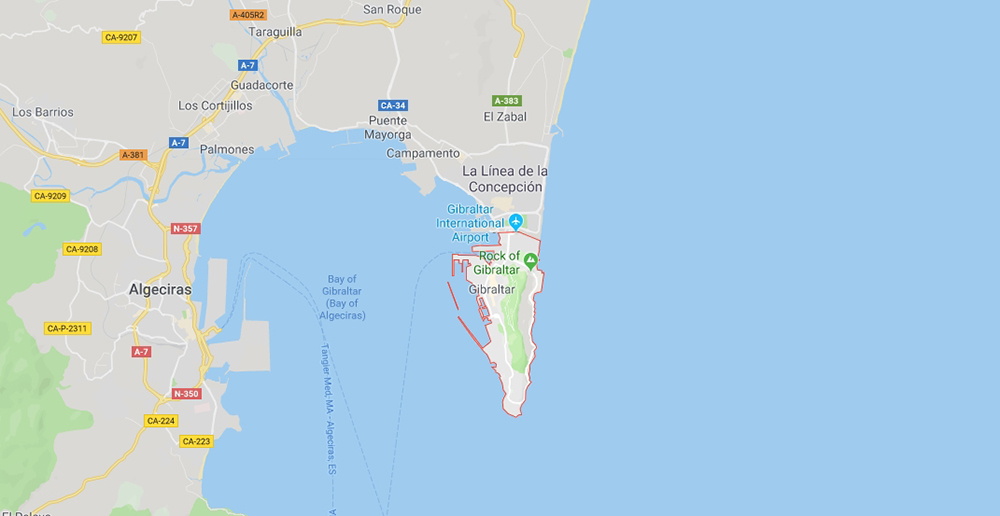 Let’s not forget about the basics. Before choosing a VPN, you need to know about where it comes from, as well as whether there are any problematic situations in its past.

Winner: Both of these VPNs are not the best examples of trustworthy VPN solutions. However, based on their history and reputation, we believe that Buffered VPN comes first in this case (despite its complex web of jurisdiction). 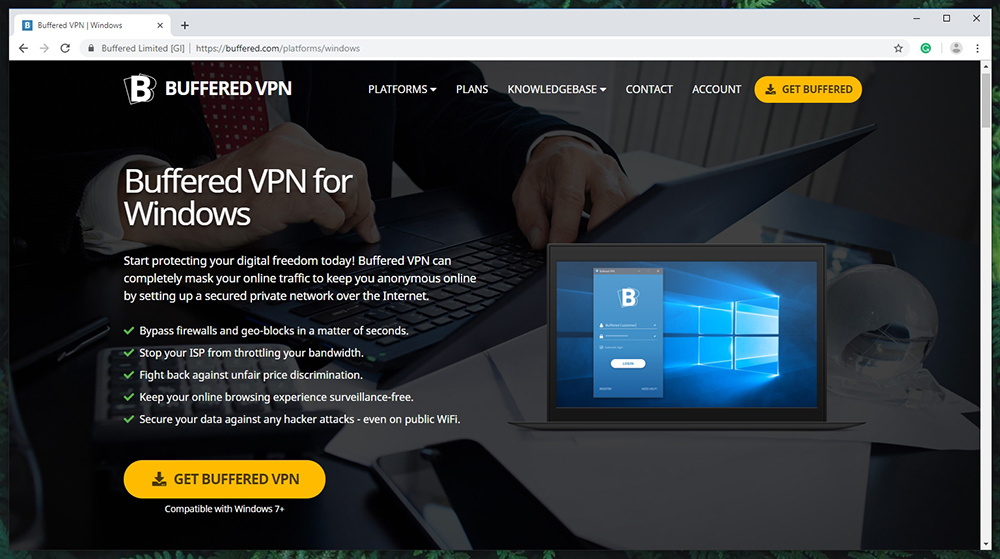 Next, let’s take a look at the cross-platform compatibility of these VPNs. After all, you want a VPN that works on multiple devices by offering native apps. Here’s what kind of support to expect from Buffered VPN as well as VPN Unlimited.

Winner: Both services cover about the same spread of devices, but VPN Unlimited has extra hoops to jump through when it comes to router support. So, Buffered VPN is the winner of this round even though it’s not present on all devices that are already covered by its direct competitor. 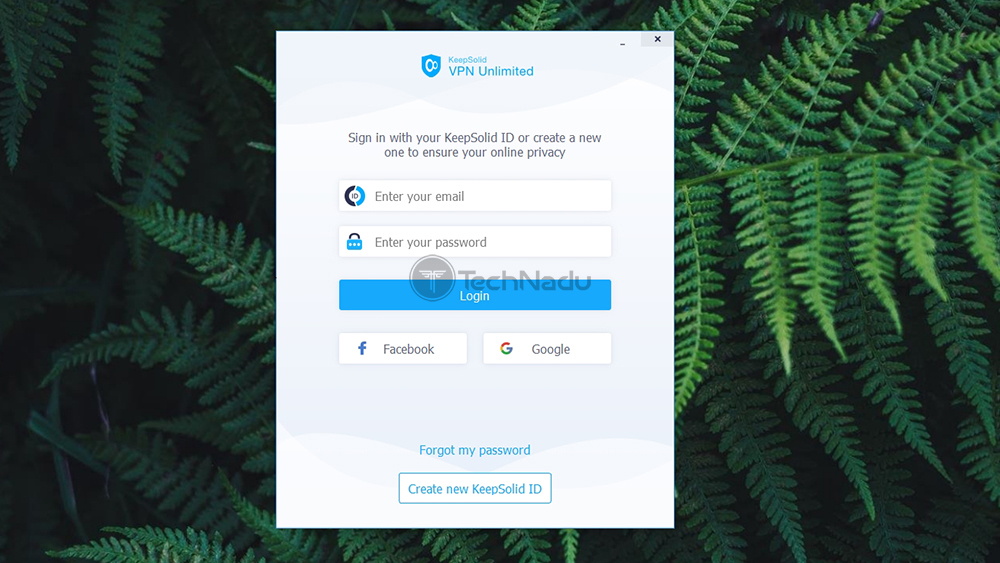 Ideally, your chosen VPN should be easy to install. By offering native apps, these VPNs provide an effortless installation procedure that can be done within minutes of your time. 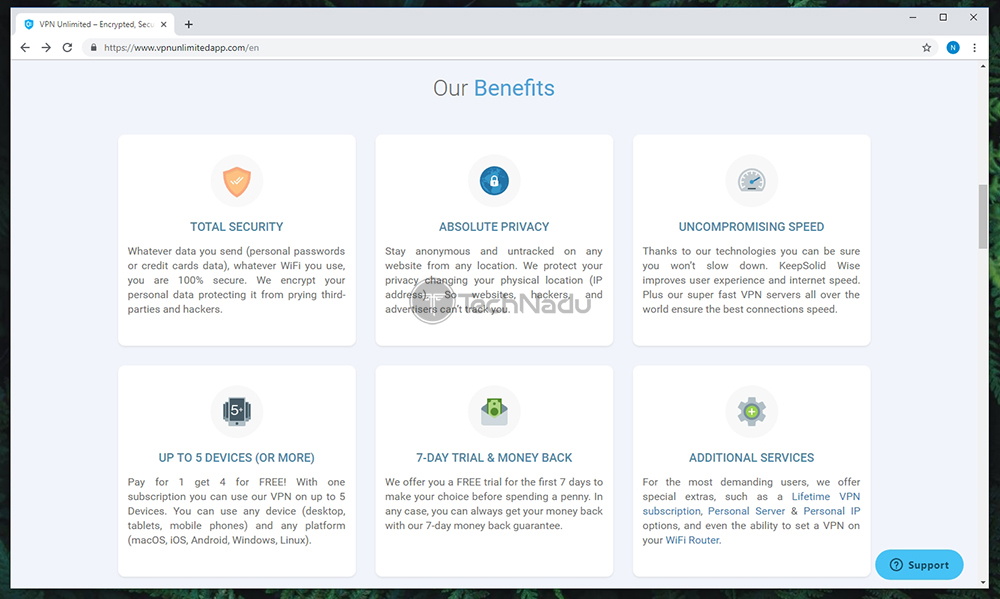 There is a certain set of features to expect from every VPN provider. For example, you can expect to encrypt your data using a series of VPN protocols and hide your real IP. So, advanced features are where things become more interesting.

Winner: While both feature sets are pretty basic, VPN Unlimited offers some nice optional extras, which is why it wins in this category. 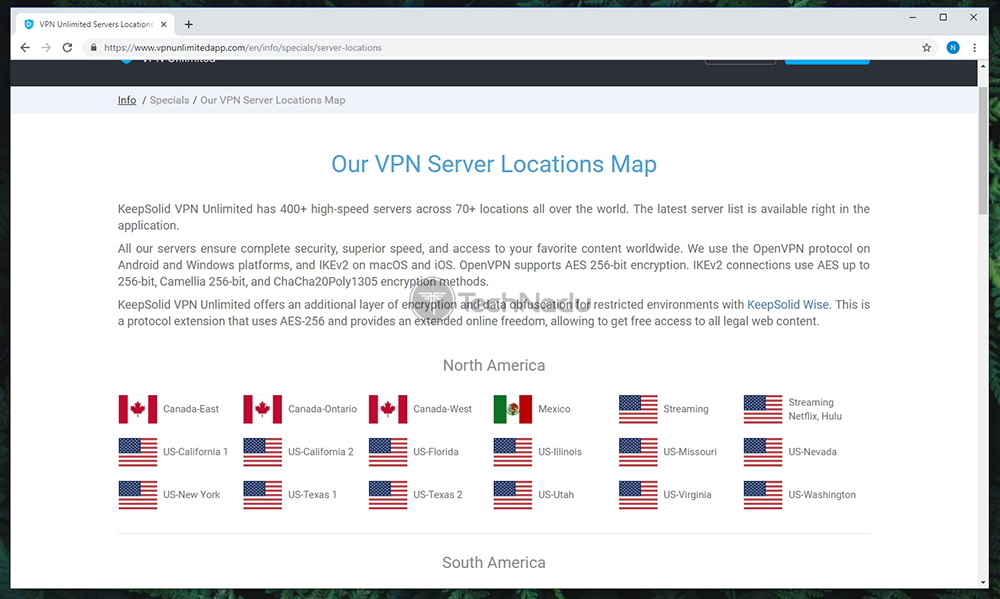 Is it important to use VPNs with the highest server count? Well, yes and no – depending on your needs. Either way, you should know how many servers you’ll have at your disposal before making the final decision.

Winner: With similar server numbers but more locations, VPN Unlimited comes out on top here. It should meet your every need when it comes to Web unblocking. 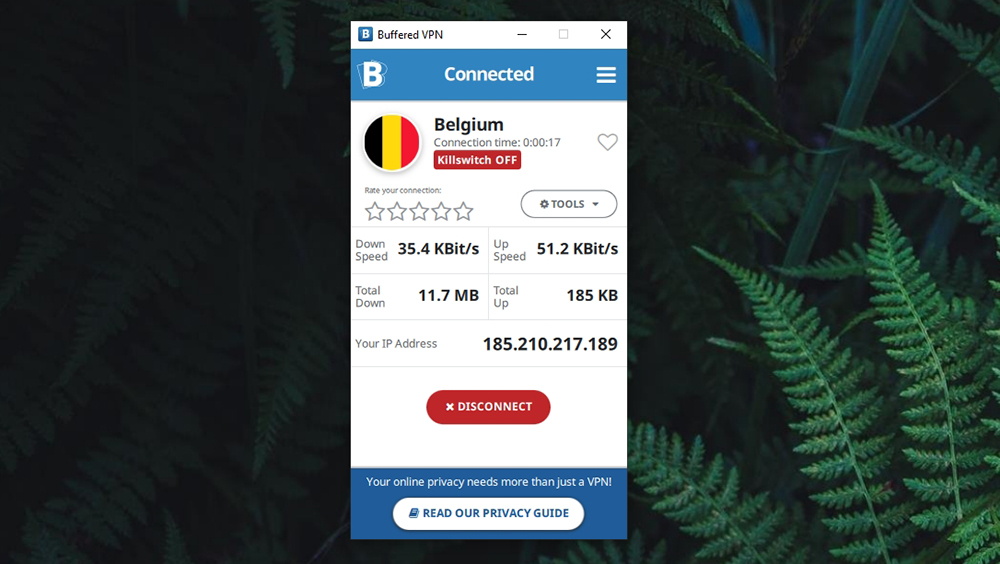 Next stop in our Buffered VPN vs VPN Unlimited comparison is their ease of use. Let’s take a look at what an average user can expect in terms of user-friendliness.

Winner: In case you’re looking for something simple and streamlined, you should be happy with what Buffered VPN offers. And if you need something a bit more advanced, VPN Unlimited should your pick. 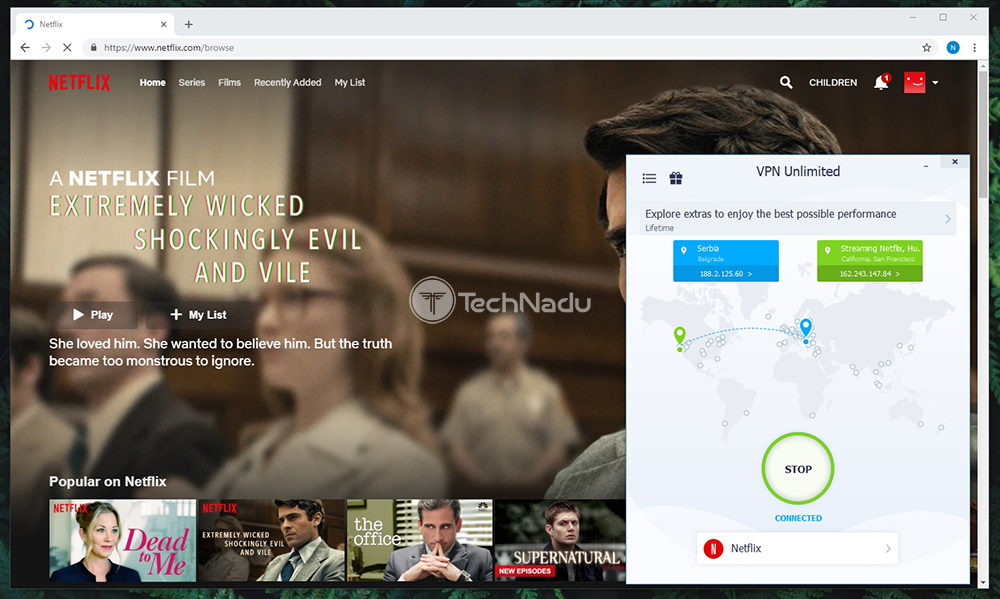 We’re sure that many of you want to know if any of these VPNs work with media streaming services? Don’t worry, we’ve done a round of tests, and here are the results.

Winner: It’s easy to see which of these VPNs wins this round – and that would be none other than VPN Unlimited. 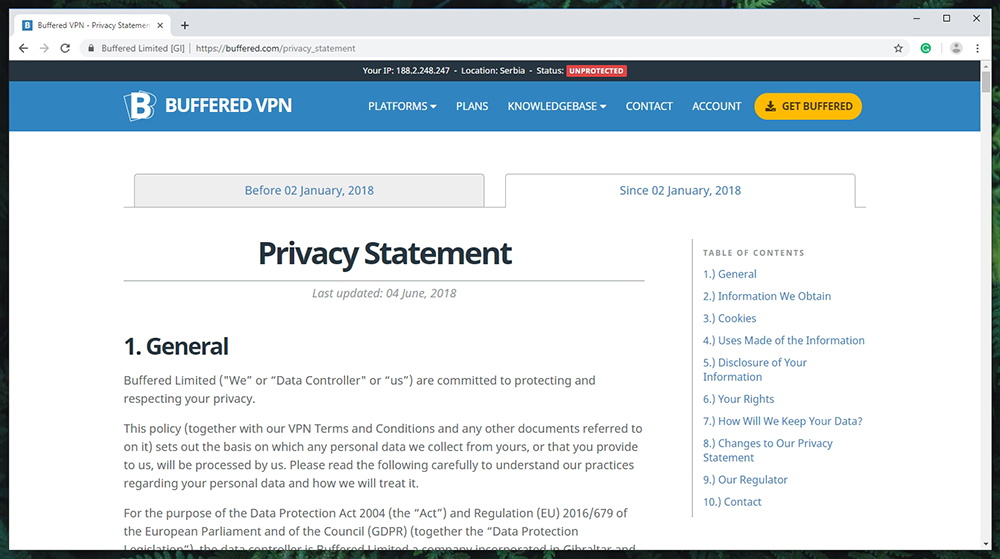 In this category of our Buffered VPN and VPN Unlimited comparison, we’ll check what kinds of privacy-related features these two offer. So, continue reading to learn more.

Winner: Even though it doesn’t bring as many VPN protocols as its competitor, Buffered VPN seems like a more trustworthy solution here. 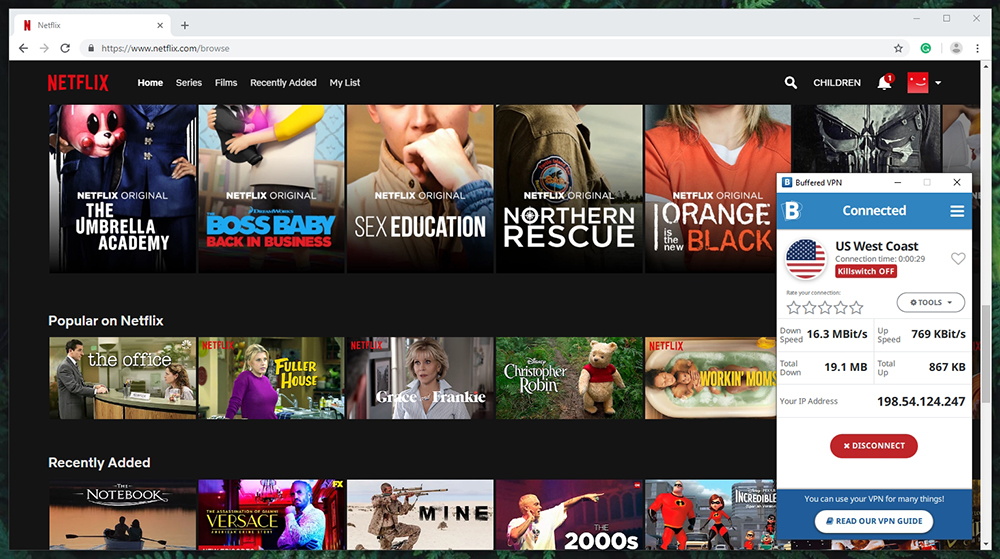 Our comparison would not be complete without inspecting these VPNs for performance. After all, throttling can be a big issue with VPNs and each of these tries to solve this problem in a different way.

Winner: In case you care about speed, Buffered VPN should be your pick. Even though you’ll find faster-performing VPNs, this one wins this round. 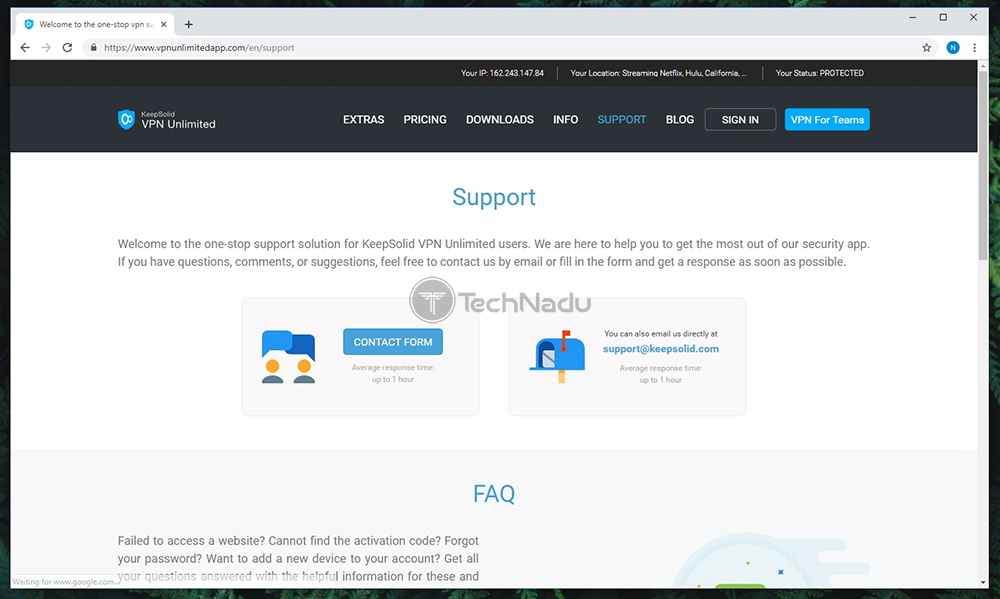 Occasional service disruptions are something that happens every now and then, so having a bulletproof support system is a must.

Winner: There are plenty of VPNs out there with better customer support. However, VPN Unlimited seems like a better option in this case as it offers a more comprehensive system of customer support. 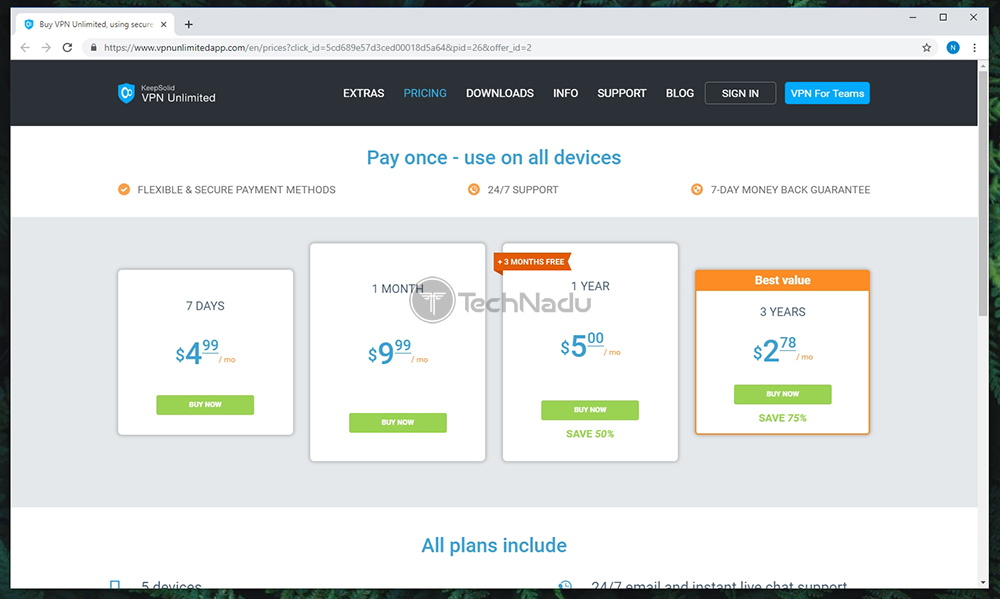 The final round of our Buffered VPN and VPN Unlimited comparison is all about pricing. So, let’s see how affordable these services are.

Winner: There’s no contest, VPN Unlimited is significantly less expensive and offers plenty of value for its price.

Buffered VPN vs VPN Unlimited – Which One Should You Pick?

Taken overall, both VPN services here are comparable. However, you’ll see many differences once you really dive into what both of these VPNs offer. In the end, one thing is sure – VPN Unlimited takes the lead here. It keeps you safe on the Web in the best possible way and can unblock a series of Web services. On top of that, it’s very easy to set up and use – which makes it a clear winner. And with this said, make sure to go ahead and check out VPN Unlimited for yourself.

That would be all when it comes to our Buffered VPN vs VPN Unlimited comparison. In case you still have any doubts, make sure to drop us a comment below. And also, we’d like to ask you to share this article online, as well as to follow us on Facebook and Twitter.