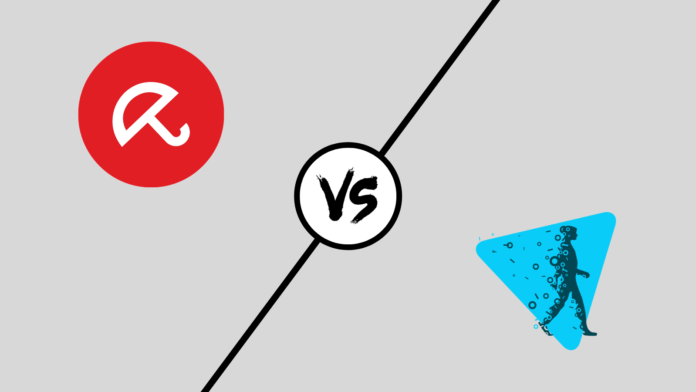 Picking a VPN service can be tough. They’ve all diversified so much that you really need to do your research to make sure your specific needs are met. Otherwise, you could end up with a service designed for someone else entirely. Lucky for you, we test all the most popular VPNs so that you don’t have to. Then, we do head-to-head comparisons like this one, so you can really tell who rules the roost in VPN land. With this said, welcome to our Avira Phantom VPN vs hide.me VPN comparison!

The lucky contestants today are two relatively popular VPN services, called Avira Phantom VPN and hide.me VPN. Both are premium-paid VPN services that are vying for your money. Only one of them deserves to get it – and we’ll check which one by comparing these two through a series of different aspects.

Avira is a company that makes a lot more than just a VPN service. They make just about any type of cyber-security applications you can think of. When you buy one Avira program, you’re also presented with the option of buying a whole bunch more. Hide.me VPN, on the other hand, seems to be a one-trick pony. At least in the sense that they only provide a VPN service.

Each of these VPNs is evaluated through a set of different areas. Before we get to the meat and potatoes of the comparison review, here’s a quick summary of what to expect from each of these VPNs.

Next, we are going to take a look at individual scores from our reviews. This should give you a clear image of the biggest strengths as well as weak areas. Take a look.

If either of these VPNs still sounds like they’d work for you, then keep reading for the fine details of this match. So, we strongly suggest you join us for our Avira Phantom VPN vs hide.me VPN comparison.

To compare these two products, we’ll take a look at different aspects. We’ll start by checking their background info, and then we’ll go through their features, capabilities, and we’ll end with pricing. Hopefully, this will help you to decide which VPN works best for you.

Winner: We have to say that both Avira Phantom VPN and hide.me VPN aren’t the best options if you need to be 100% anonymous online. However, hide.me VPN comes from a country that isn’t part of any major intelligence alliance, which can’t be said for its competitor. 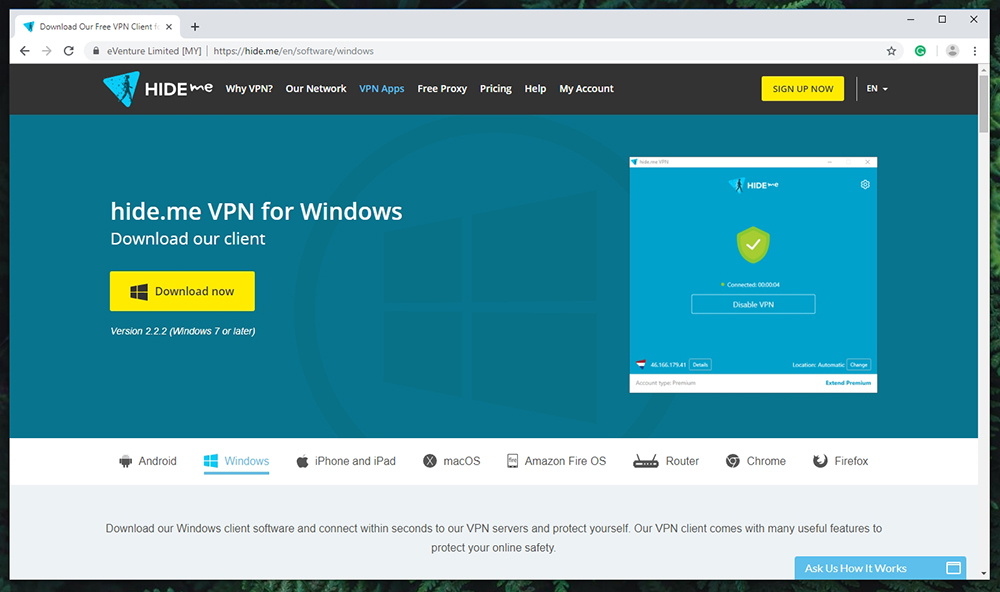 The second category of our Avira Phantom VPN vs hide.me VPN comparison is about supported devices. We’ll take a look at how successfully have both of these covered the most popular devices right now.

Winner: The winner of this category is clear – hide.me VPN supports more devices and you can also use this VPN by installing it on your router. It also allows up to 5 simultaneous connections, which seems generous enough. 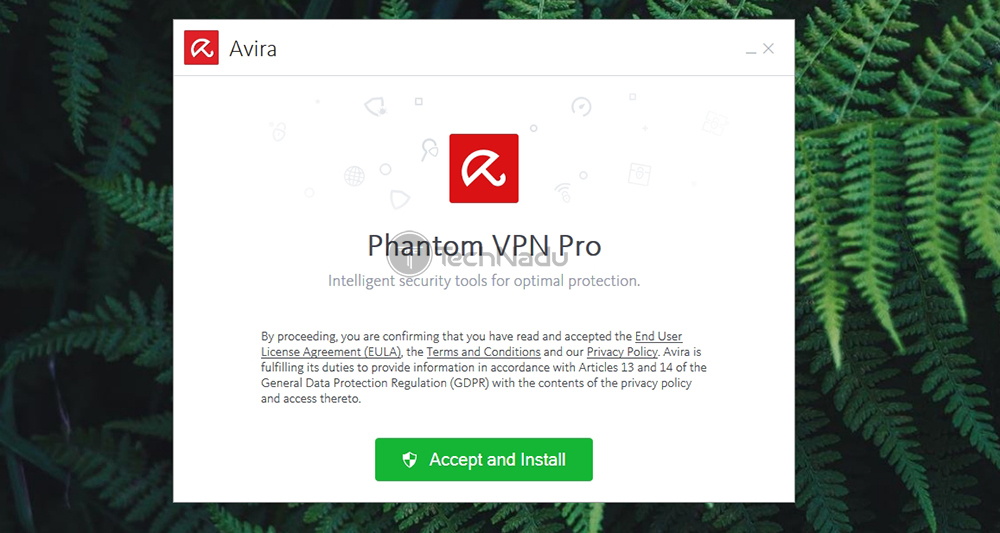 People think that VPNs are quite a technical solution, which is actually one of the common VPN myths. Today’s VPNs are designed for average users who don’t want to dive deep into technical terms. Here’s how easy it is to install Avira Phantom VPN and hide.me VPN.

Winner: Neither of these VPNs is hard to install. Still, we give a bit of advantage to hide.me VPN since it truly delivers a simple installation experience. 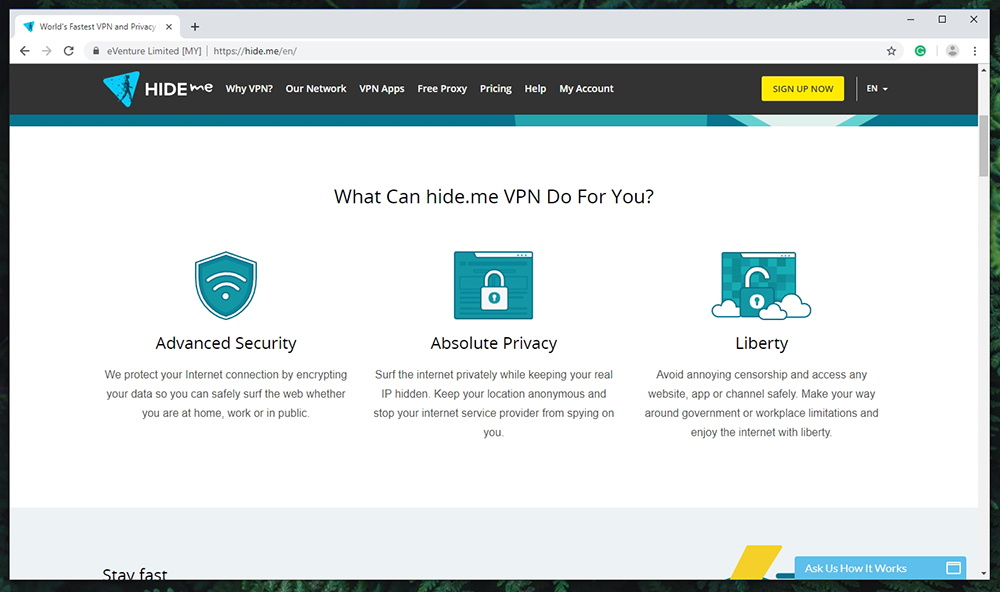 Winner: Hide.me VPN supports a huge number of VPN protocols and has P2P servers optimized for this type of Web activity. This puts it head-and-shoulders above Avira. 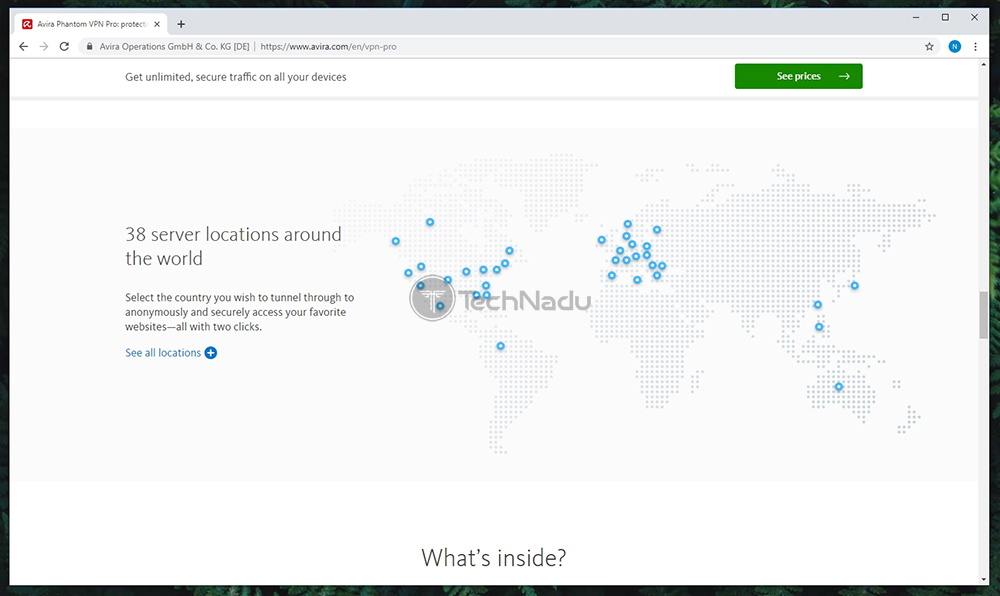 An important category of our Avira Phantom VPN vs hide.me VPN comparison is the server count. Ideally, you want a VPN to have a large network of servers with locations across the entire planet.

Winner: Hide.me VPN comes with a sizeable server network (much bigger than what its competitor offers) that should meet the needs of advanced users as well. 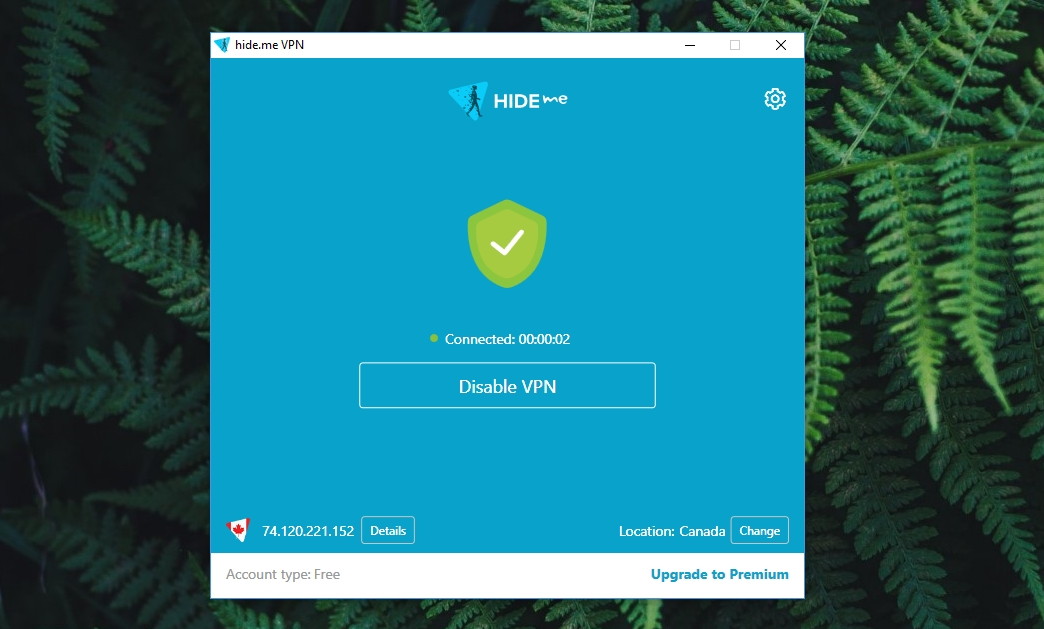 VPNs that offer plenty of fine-tuning and advanced options must do that without complicating their interface. So, let’s take a look at how easy to use are these VPNs, and if you need to have some ‘special’ knowledge to take full advantage of them.

Winner: Both of these VPNs are incredibly simple to use. However, hide.me VPN manages to also offer far more sophistication without hurting usability. 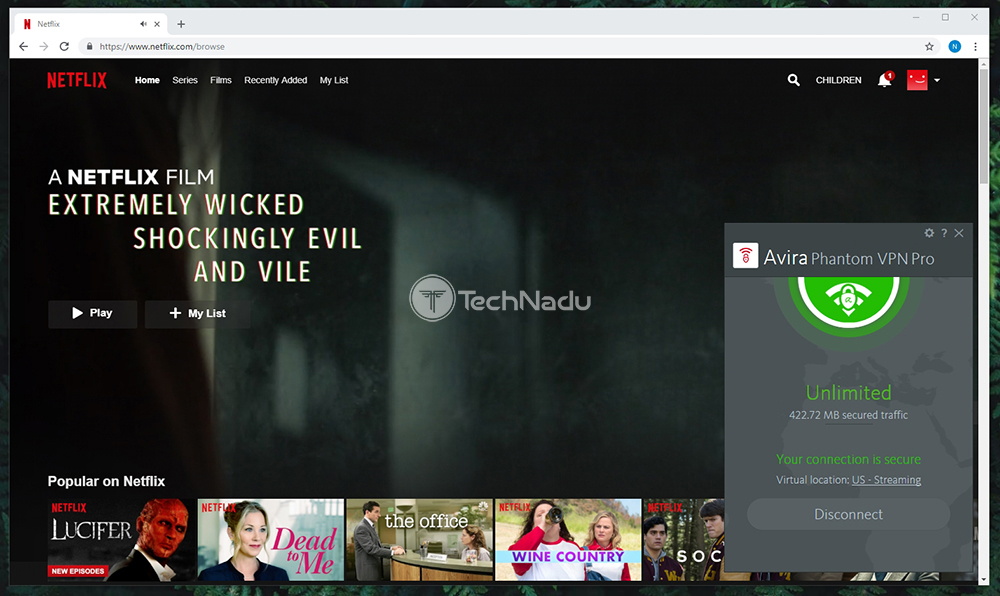 So, do you plan on using Netflix or any other media streaming service? If you do, you need to make sure that your chosen VPN supports this type of online activity.

Winner: If you’re interested in media streaming, there’s only one option here – and that would be Avast Phantom VPN. 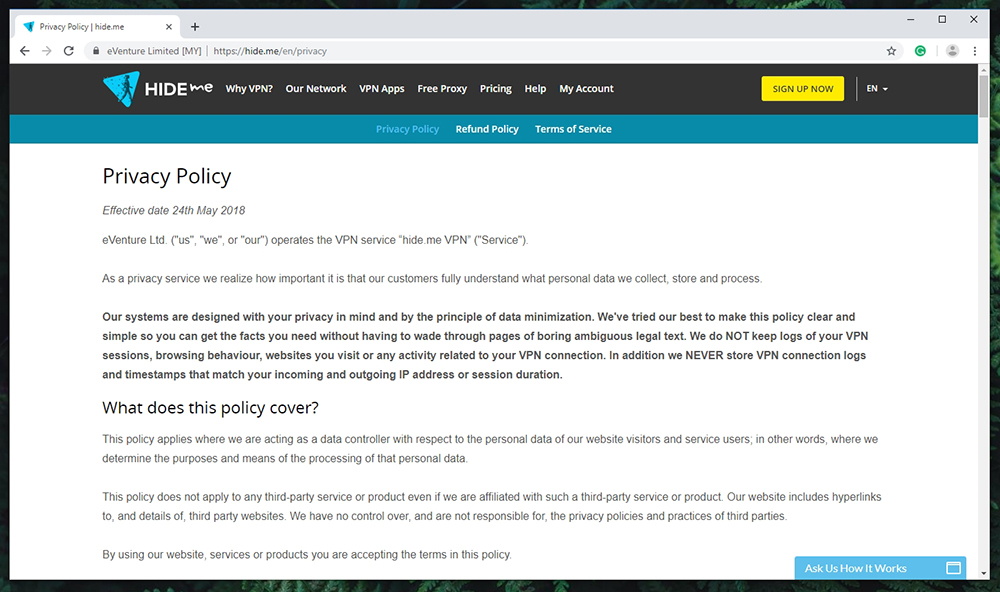 Even the best-performing VPNs don’t mean much if they expose your personal data to third parties. That is why taking a look at their privacy policies is an important step when choosing a VPN provider.

Winner: With a name like ‘Hide.me’, it should be no surprise this VPN’s strict no-logging policy puts it ahead. However, average VPN users won’t make a mistake if they choose Avira to encrypt and safeguard their data. 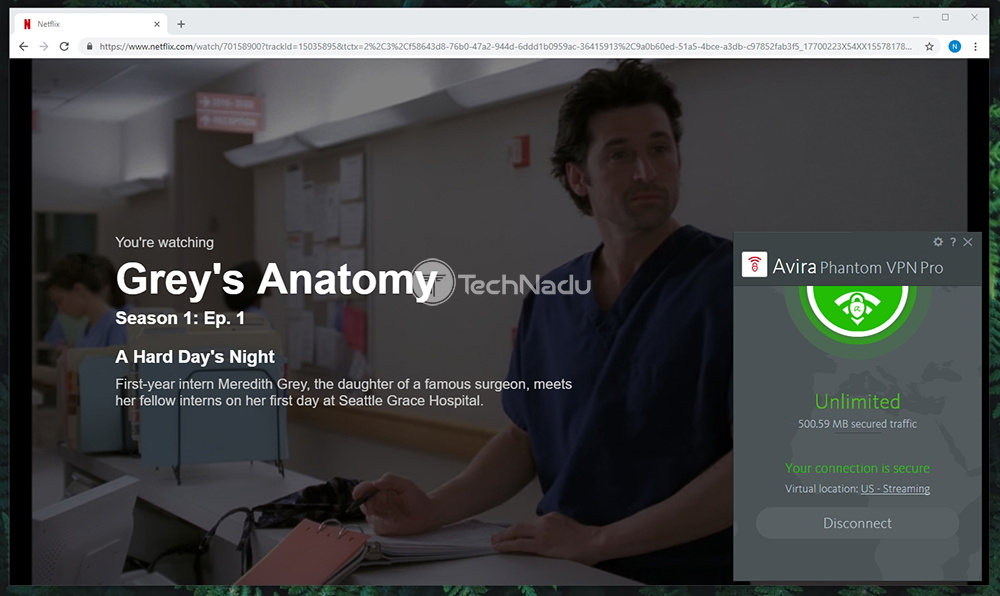 Next, we will take a look at how well these two VPNs perform. We have tested both of these to make sure their performance makes them a viable VPN option.

Winner: We have to say that these two VPNs bring the same level of performance. However, Avira Phantom VPN comes first as it had performed slightly better during our hands-on tests. 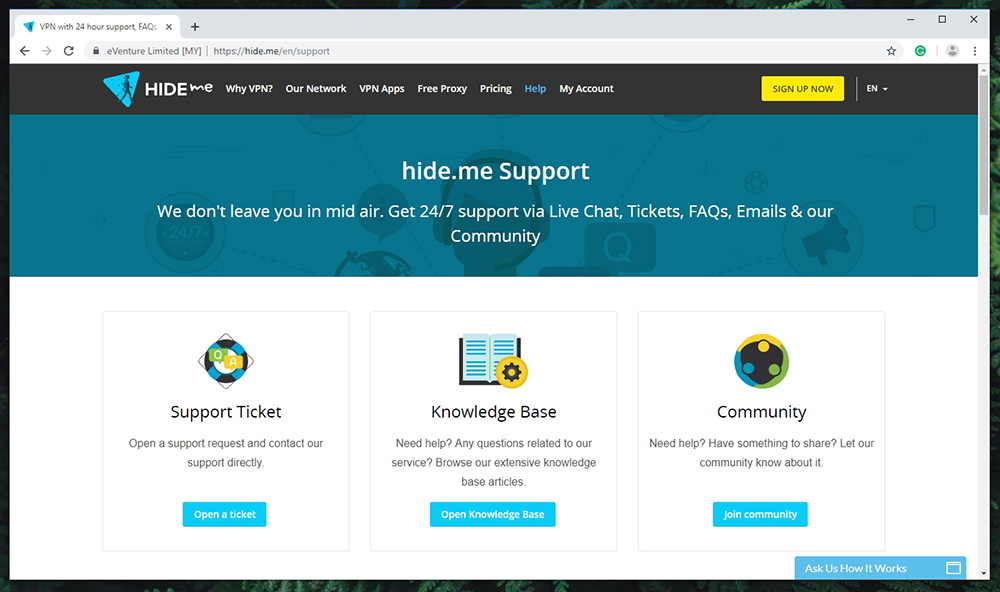 We think that customer service is often an overlooked feature. That’s why we wanted to give it a special segment in our comparison.

Winner: Hide.me has such great online guide material that it stands strongly apart from Avira Phantom, in addition to offering live chat. 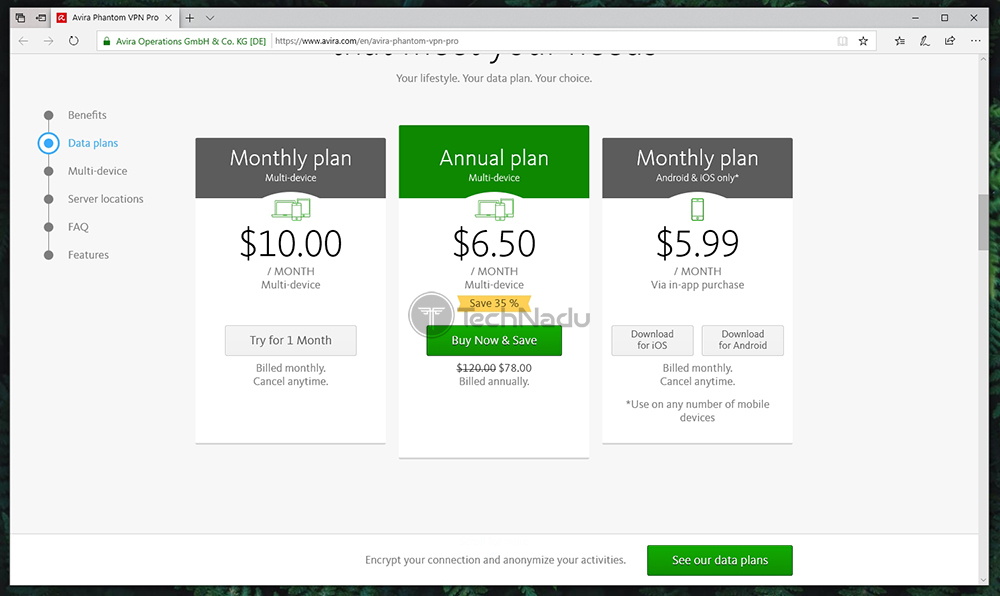 Usually, VPNs have a very simple pricing model. Every tier offers the same service, but the more you’re willing to pay in advance, the less it works out per month.

Winner: Both VPNs are inexpensive and offer off-beat packages rarely seen these days. Even though Avira Phantom VPN might seem like a more affordable solution, we believe that hide.me VPN bring more value overall.

Avira Phantom vs Hide.me – Which One to Pick?

While both VPNs here are more or less in the same price range, it’s hard to see why anyone would choose Avira Phantom VPN over hide.me VPN.

Hide.me VPN may not be a mega global VPN network provider, but for those who are looking for a strong privacy-protecting solution that won’t break the bank, you’d have a hard time coming up with a better option. Therefore, our strong recommendation is to sign-up for hide.me VPN unless you need a highly advanced (and often hard to use) VPN provider.